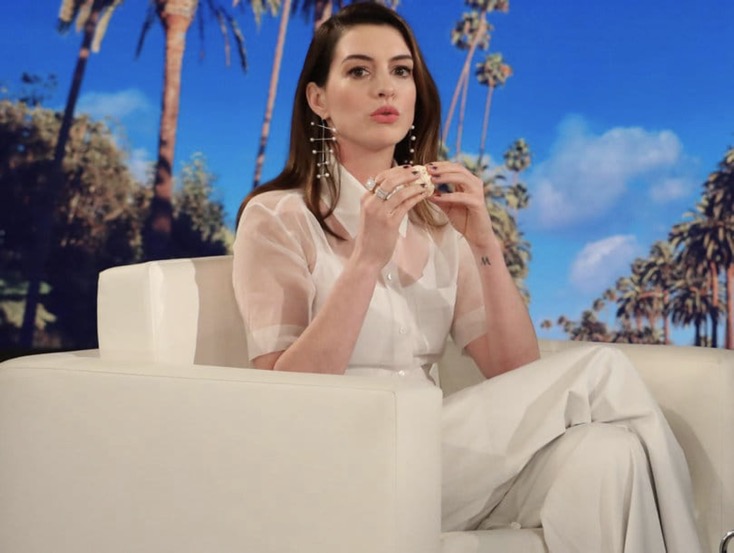 It looks like Anne Hathaway is willing to make some pretty drastic lifestyle changes in order to be a better mom to her toddler son. The Hollywood actress says that she is willing to give up alcohol until her now 21-month-old son Jonathan turns 18 as she thinks it will make her a better parent.

Speaking to Ellen DeGeneres on her daytime television talk show, the brunette beauty says one of the reasons why she doesn’t want to drink alcohol for the next two decades is because she wants to put all of her focus and her energy in raising Jonathan. After all, many parents would agree that trying to take care of a rambunctious toddler while nursing a hangover is no easy walk in the park.

Anne said, “I quit drinking back in October for 18 years. I’m going to stop drinking while my son is in my house just because I don’t totally love the way I do it, and he’s getting to an age where he really does need me all the time in the morning.”

The actress says that one experience was enough for her to make her vow. She wasn’t able to function the way she normally does while dropping off Jonathan at school. Anne added:

“I did one school run one day where I dropped him off at school. I wasn’t driving, but I was hungover and that was enough for me. I didn’t love that one.”

Tell us, do you think you could give up alcohol for your child, or at least until he or she turns 18 years old? What do you think of Anne’s vow? Let us know in our comments section below.

Also, don’t forget to check back with Celeb Baby Laundry for all the latest news and updates on all of your favorite celebrity moms and tots right here!

Vacasa Rental Review: Our Home Away From Home in Kissimmee, Florida