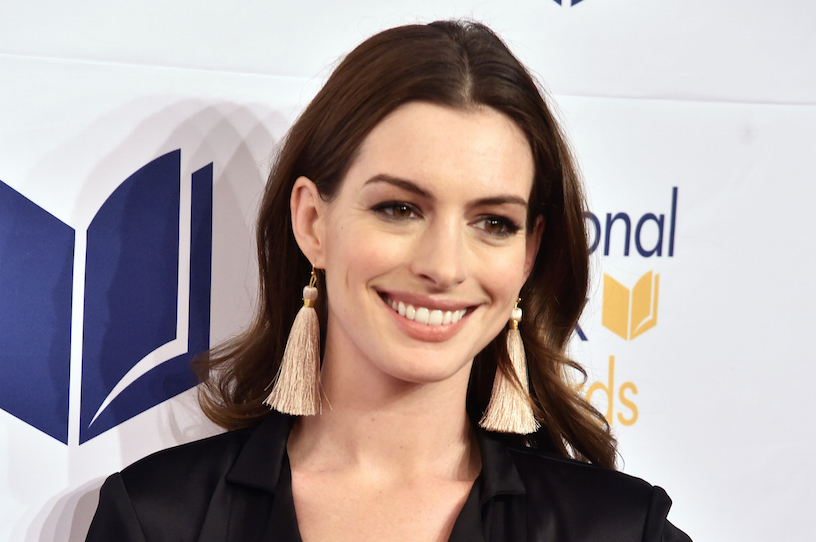 Anne Hathaway admits that she has adapted one certain parenting tip that she – along with the rest of the world – have learned from Prince William and Kate Middleton. The actress says that she often sees the royal couple do this one particular thing with her kids, and apparently, it’s something that has worked with great results. The actress has a two-year-old son named Jonathan with her partner, Adam Shulman.

Anne says that whenever she speaks to her child, she makes a point to get to his level, which is something she’s seen Prince William and his wife Kate do with their two children, Prince George, and Princess Charlotte, in the past.

“They get down on the child’s level and speak to them eye to eye to make their child feel empowered,” Anne told Britain’s The Sunday Times in an interview this week. “I thought that was really cool. I started doing that with Jonathan.”

The Hollywood actress also admits that it’s not always easy leaving her little tot at home to work on a project, especially when she knows she has to put long hours in. Anne says that while she loves being a mother, she also loves what she does and takes pride in being a working mom.

“Leaving him is hard,” she told the outlet. “I don’t want to complain. I love what I do and I’m not ready to stop doing it. I was told that once I had kids, I wouldn’t care about my career any more. I was, like, ‘Nah.’ But I love something so much more now.”

In the meantime, let us know what you think by leaving us a line with your thoughts in our comments section below. And as always, come back to Celeb Baby Laundry for all the latest news and updates on your favorite celebrity parents and tots right here.