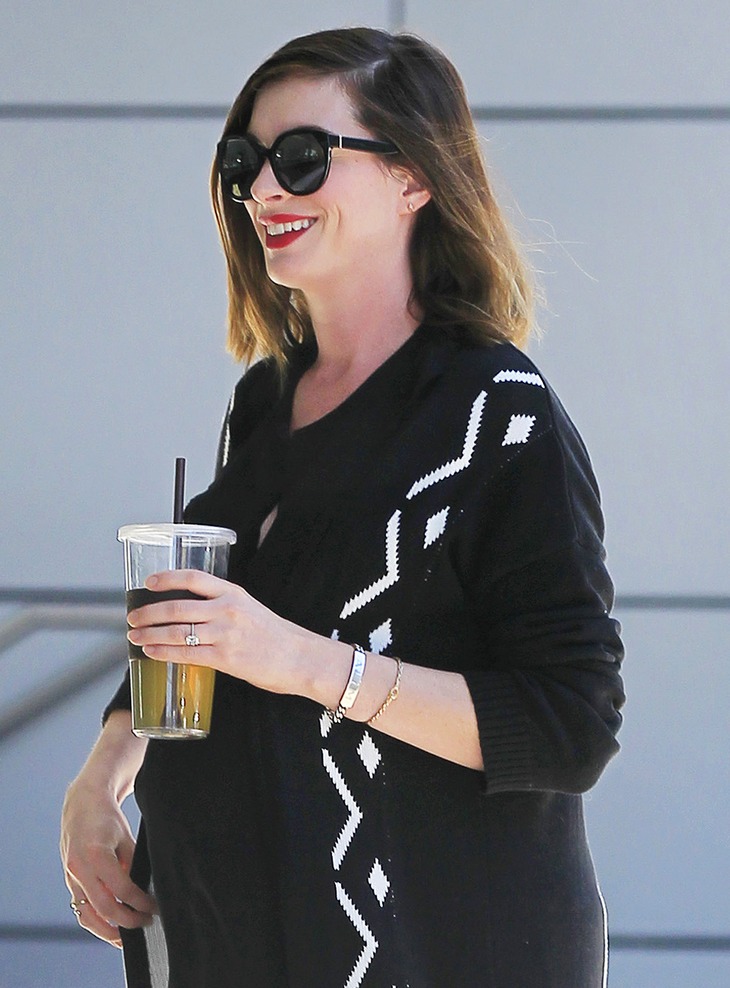 Anne Hathaway has finally given birth to a beautiful baby boy, Jonathan Rosebanks. Anne and her husband, Adam Shulman, welcomed their son on Thursday, March 24.

The couple confirmed the news Anne Hathaway delivered a healthy boy to People. Much of Anne’s pregnancy has been secretive. The ‘Princess Diaries’ star revealed she was pregnant in November. A source, which was said to be a close friend of Anne’s, told E! about the couple’s good news.

In January, Anne did make a public move, sharing photos of herself rocking a red bikini and embracing her baby bump after looming paparazzi snapped photos. Beating them at their own game, Hathaway shared the personal pics of her growing baby belly and the explanation, “So, posting a bikini pic is a little out of character for me, but just now while I was at the beach I noticed I was being photographed. I figure if this kind of photo is going to be out in the world it should be an image that makes me happy (and one that was taken with my consent. And with a filter 🙂”

Related: Anne Hathaway’s Baby Shower – All the Details Including a Baby Name Hint

Anne also enjoyed a baby shower on March 5. The first time mom was showered with gifts that included items that were monogramed with the letter G. Maybe the pink gifts were just to throw off snitches, because Anne and Adam welcomed a beautiful baby boy.