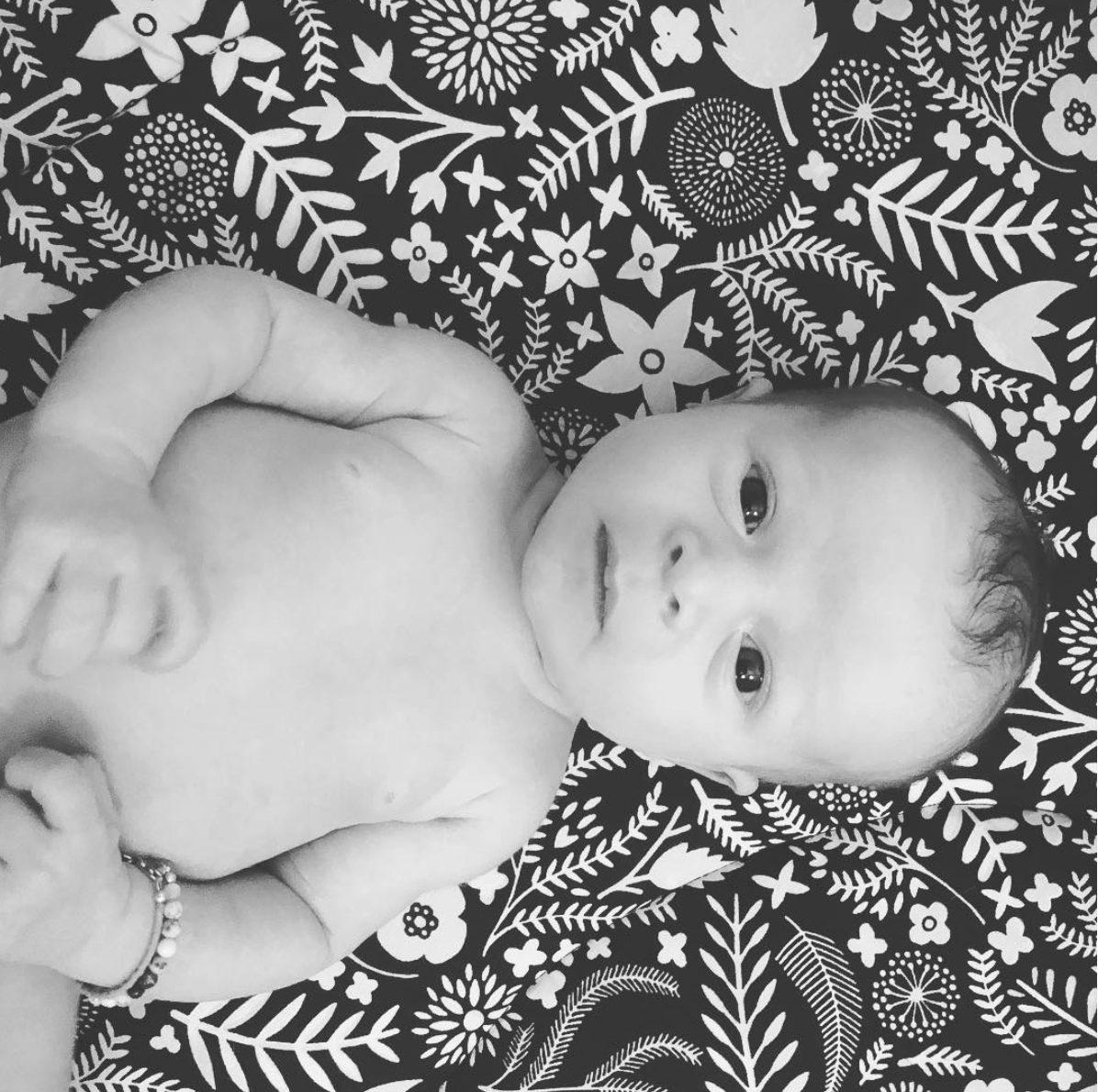 Look at me world!

In the black and white shot, the three-week-old baby girl looks at the camera while resting on a blanket. She also wears a cute beaded bracelet.

“✨🌸✨,” she simply captioned the shot on Wednesday night.

Duff recently revealed she had her placenta made into frozen cubes that she kept in her freezer, so she could add it into smoothies.

“It was the most delightful smoothie I’ve ever had,” Duff said in episode of the Informed Pregnancy podcast. “I haven’t had a smoothie that delightful since I was like 10 years old. It was calorie-filled with juice and fruit and everything delicious.”

Duff added that she was “a little wigged out ” by the prospect of eating her placenta at first.

“Then I did research and none of it’s, like, totally proven but I don’t know — I’ve already gone down this road of doing all this different stuff,” Duff said. “I’m like, I might as well.”

Banks Violet Bair❤️ this little bit has fully stolen our hearts! She joined our world at home on Thursday afternoon and is absolute magic ✨