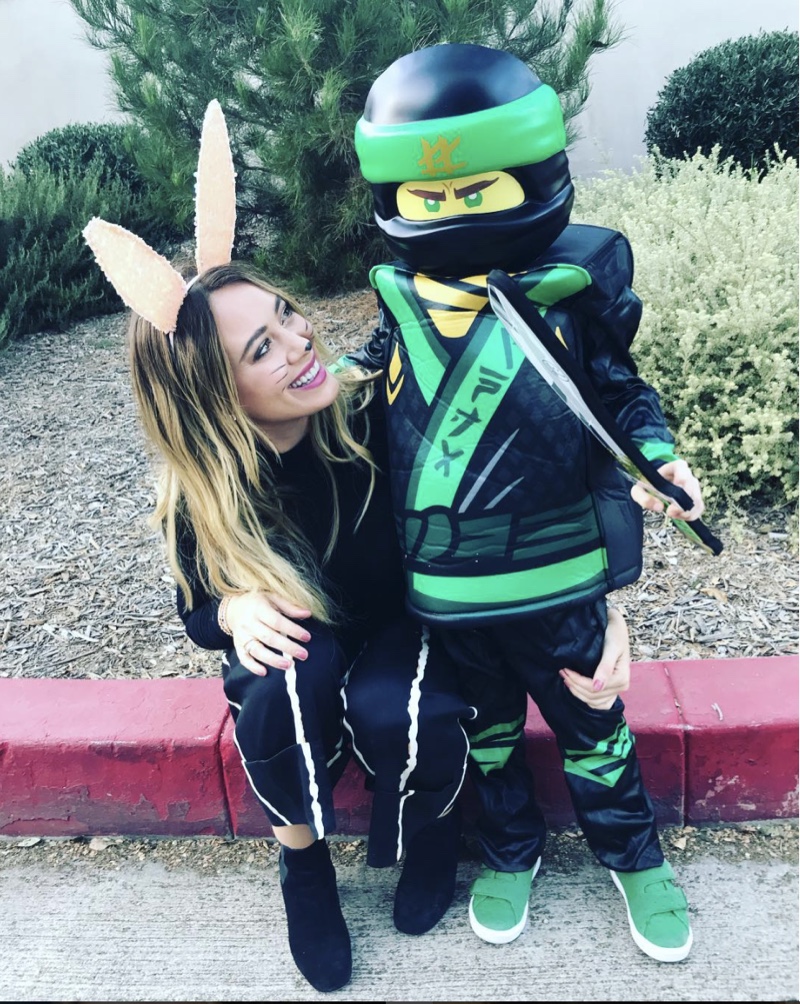 Hilary Duff took to Instagram to share a shot of her and Luca posing for a festive shot before heading to a Halloween party over the weekend.

The Younger actress wore a black outfit with bunny ears and a drawn on nose and whiskers. The youngster was dressed as The Chosen One from the Lego Ninjago Movie.

“A lego and a bunny go to a party,” Duff captioned the shot on Monday.

Duff also shared a shot of Luca with a jar of candy corn.

This guy won a jar of candy corn on national candy corn day. Lord help me

In other news, Duff is dating her ex-boyfriend singer Matthew Koma again.

“He took her on a romantic dinner date for her birthday, bought her a guitar, and was at her 30th birthday party,” a source told E! News. “Her and Ely’s split is very recent. Her friends and family really adore Matthew. Hilary also wants to get in the studio with Matthew and they have had a working relationship.”

The duo had dated for a few months before calling it quits in March.