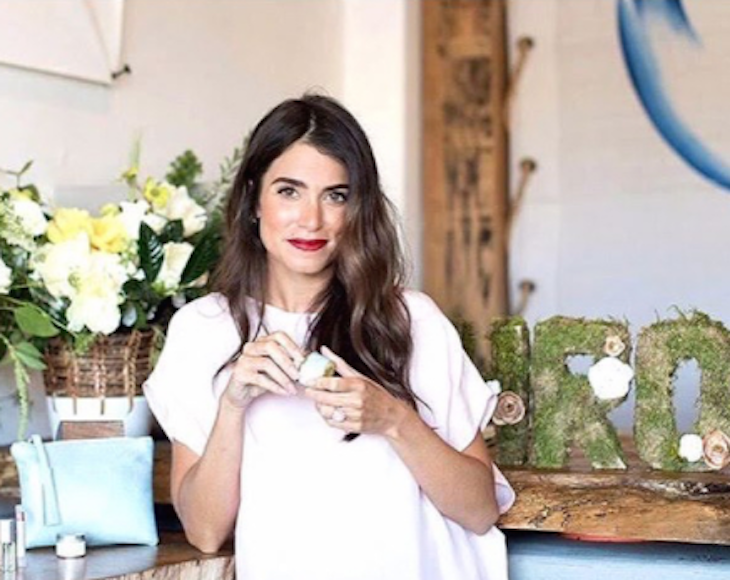 The television stars have announced the birth of their daughter, Bodhi Soleil, who they welcomed to the world on July 25. Bodhi is the first child for the couple.

Nikki and Ian are yet to post any new photos of their sweet bundle of joy, and that’s for a very good reason. The actress told the latest issue of Fit Pregnancy that she and er husband Ian plan on taking a “moth of silence” following the birth of their child. In other words, they want to unplug from all of their electronic devices so they can spend the first 30 days of parenthood focusing on their daughter.

Nikki and Ian announced that they were expecting earlier this year. The couple shared a sweet maternity photo of Ian kissing Nikki’s baby bump on their Instagram accounts.

Ian captioned his photo with, “This has been the most special time of our lives and we wanted to keep it between the three of us for as long as possible so we could enjoy this time with each other and our little one who is growing so fast…because that’s what they do, they grow so fast. Thank you for your kind energy.”

Nikki and Ian have been married since April of 2015. Their wedding came only nine months after they first sparked romance rumors when they were spotted kissing at a Los Angeles farmers market in July of 2014.

Sure enough, both Ian and Nikki will most likely share new photos of Bodhi once their month of silence is over. Seeing just how good looking both Ian and Nikki are, there’s no doubt that their daughter won the lottery in the genes department!

In the meantime, check back with CBL for all the latest news on all of your favorite celebrity parents right here!