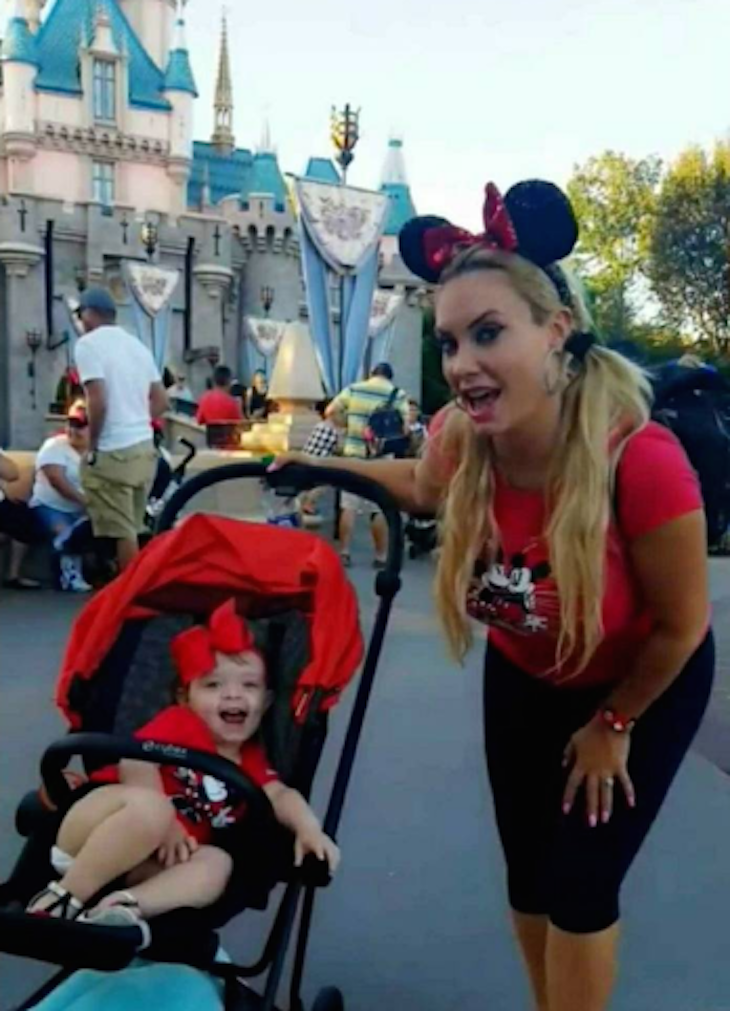 It looks like Coco Austin made it a mommy and daughter affair by taking her precious 20-month-old daughter Chanel to Disneyland in Anaheim, California for the very first time.

Coco shared adorable photos of little Chanel smiling, wearing matching Minne-inspired shirts with her mom and having an overall great afternoon. She also brought her mother, Tina Austin during their special trip, too. Coco captioned one of her photos with, “My mom wanted to witness her 1st visit and I’m glad she was there because when I lived in California when I was young she took us every year as a tradition!”

Meanwhile, many of Coco’s social media fans know that she is one celebrity mother who loves to share behind-the-scenes photos of her and Chanel on Instagram almost all the time. But as much as she loves motherhood, Coco admits that it’s not always an easy walk in the park. In fact, she said back in 2016 that breastfeeding her daughter was much harder than she initially expected.

Coco told People Magazine in an interview that she at first struggled with breastfeeding, but was determined not to give up. The blonde beauty says that one of the reasons why she had a difficult time breastfeeding is because she wasn’t prepared for all the different surprises that came along the way.
She explained, “They told me breastfeed, breastfeed, breastfeed,. first week my nipples were bleeding and scabbing over. I was like, no one tells you that your nipples bleed!”‘

The celebrity mother also said that she doesn’t want other moms to give up when the going gets tough.