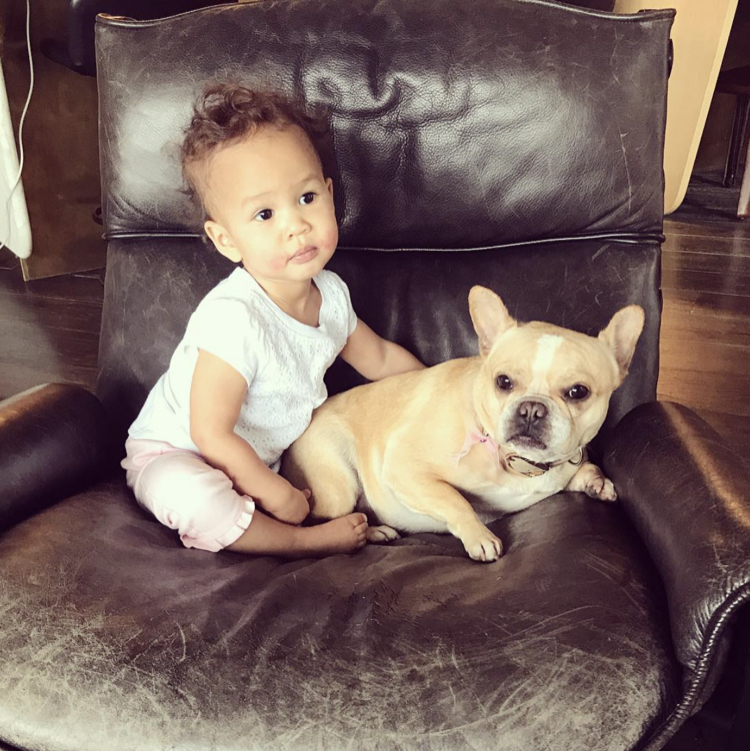 “Luna X Pippa,” he simply captioned the shot of the toddler sitting on a leather chair while resting her hand on the dog.

Legend’s wife Chrissy Teigen who is traveling on tour with him and their daughter also shared a similar video.

The model recently revealed that she is making it a priority to test as many recipes as possible for her second cookbook.

“We have tried to book as many homes, AirBnB type places across the country,” Teigen told People. “If John is performing more than one or two nights in a city then we’ve tried to get a house. I’m trying to finish the cookbook and I need a kitchen! I want to tweet like, ‘Anyone hear in Clearwater have a kitchen I can use?’ I have to finish this book!”

Legend and Teigen married in 2013.