Breastfeeding Issues: What You Need to Know From a Mom of Twins 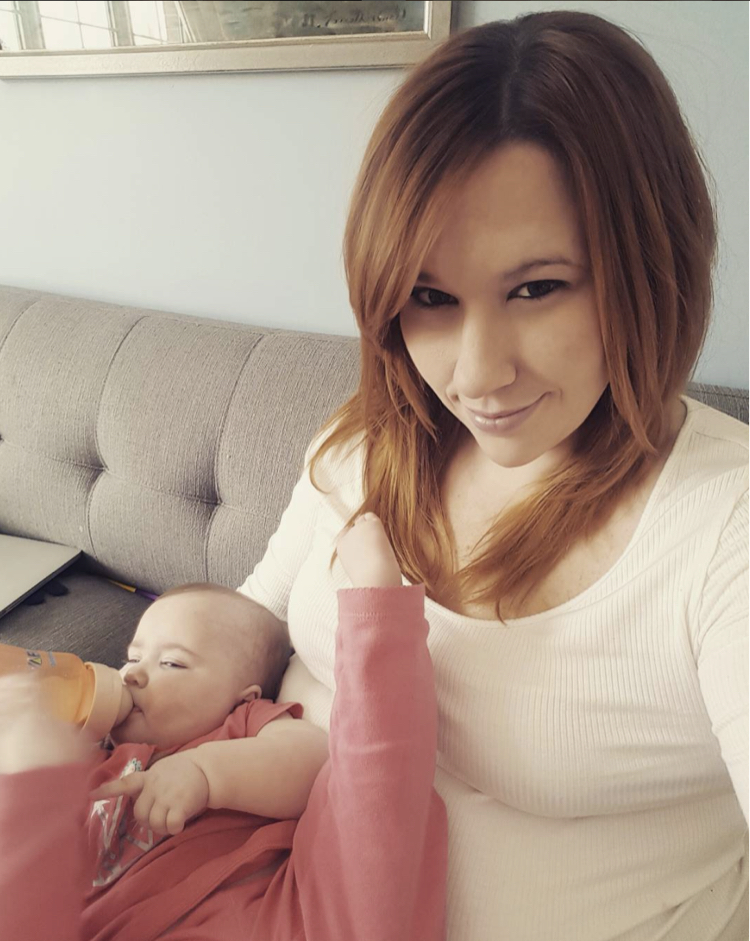 When I was first expecting Ella and Rose, I didn’t have many hangups about breastfeeding. I’d done it before and I naively assumed that it would be just as easy the second time around. Boy, was I wrong! Once the twins came along, I was in for a real shock. Neither of the girls took to feeding the way I’d hoped that they might. Instead, I faced an uphill battle with them.

One of the major issues I faced back then was the fact that the girls could latch on well enough (that was never a problem!), but they would not suckle. Now, I’ve since heard that this is quite a major issue that affects a lot of newborns. I didn’t know that at the time. I was genuinely worried that the girls would not be able to feed and it seriously stressed me out.

Of course, I tried a whole load of methods to get around this problem. In the end, though, it all worked out well enough. The girls are happy and healthy — they always get the milk that they need when they need it. I couldn’t be more pleased with how things have changed.

HOW I GOT MY TWINS TO BREASTFEED 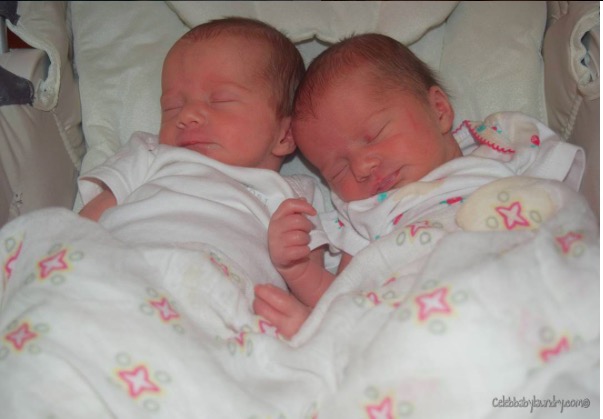 As I’ve already mentioned, this was by no means easy. Rose and Ella were difficult from the start, which meant that I had a whole load of work to do along the way. Here are some of the things that I tried and what I learned along the way:

Now, this is a statement that may well seem obvious to mothers out there, but it wasn’t to me. For some unknown reason, I convinced myself that all of this was somehow my fault. It wasn’t. The babies would breastfeed on occasion but usually my trials ended in tears — theirs and mine! It was a struggle. Luckily, my friends and family were supportive and helped me through it all.

There are things you can try

Of course, I turned to my good friend ‘Google’ to help me with this one. One of the tips I picked up was something called ‘breast shaping’. Basically, you fold over your nipple so that your kids can latch on better than before. I tried this one myself and it did help a little, but I still had problems.

Other tips I picked up included walking the baby around the room as you breastfeed or rocking them gently. It may sound a little weird, but these two tricks can make all of the difference. If you’re struggling, you should try them for yourself.

A combination method worked for me

While I couldn’t get the twins to feed all the time, they would some of the time. That’s why I decided to opt for the ‘combination’ method. That means that sometimes I feed them with a bottle and sometimes I breastfeed them. In between times, I pump milk so that I have a stock for my little ones. This method was the easiest as it meant that Rose and Ella always get the milk that they need when they need it. In the end, breastfeeding was taken over by bottle feeding because of their latching issue. I’m so happy that the girls did get to breastfeed for a while though.

In the end, breastfeeding was taken over by bottle feeding because of their latching issue. I’m so happy that the girls did get to breastfeed in the early days, which allowed them to get some of the rich nutrients in breastmilk.

Choosing the right bottle is essential 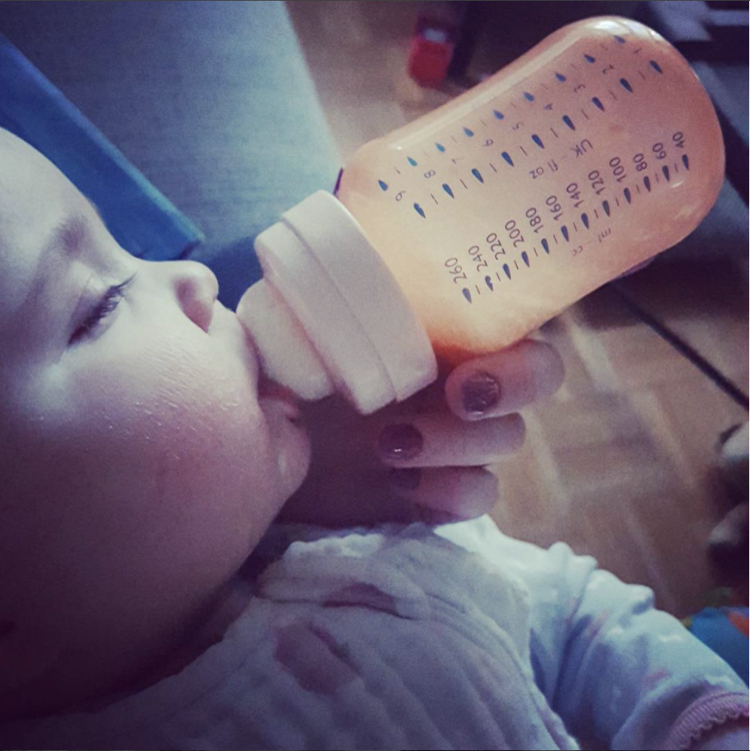 I spent a lot of time choosing the right bottle to feed my little ones with. I’d heard a little about Philips Avent Baby Natural & Anti-Colic Bottles and knew both had great reviews. That’s why I decided to give them a go! Honestly, I can’t tell you how very easy the transition was for me. The fact that the bottles have a wide nipple meant that my kids had no issues latching on from the very first time. I was so relieved when I saw them sucking away. 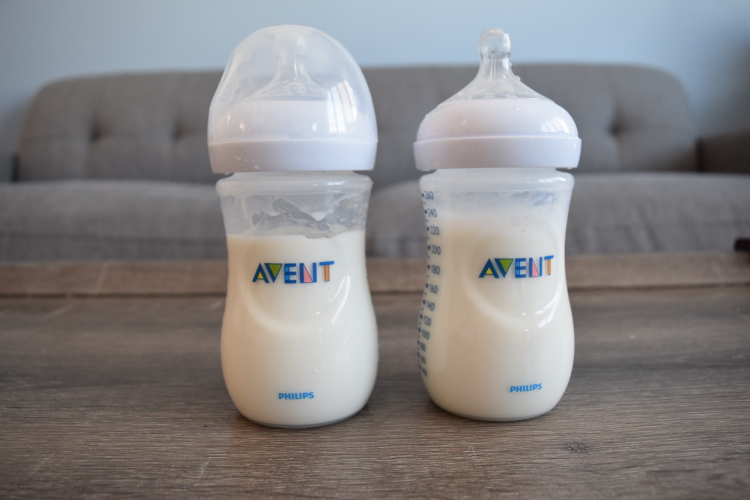 What’s more, the bottles were easy to grip, tighten, and use. I’ve also heard people say that they are the most natural way to bottle-feed babies, which was a massive draw for me. They also help to reduce colic, something my girls suffered from as infants. I now rely on these bottles every single day, which means that I have to wash them all the time. Luckily, that’s no real trouble as they are easy to wash and then assemble as I need to.

The Difference Between the Avent Bottles

Find what works for yourself

If there’s one piece of advice I could give to new mothers, it would be to find what works for you. Every baby is unique and needs their own special method. When you first have a child, you need to take the time to figure out what’s best. While other people can help you, only a mother really knows what her little ones need! Trust me… I should know.

Philips Avent is supportive of all women (and men) in their parenting journeys. In hopes of supporting other parents, Philips Avent is providing 2 Natural Bottles Gift sets and 2 Anti- Colic Bottles Gift Sets gift sets. The giveaway is open to Canada only (excl. Quebec).

Enter the giveaway via the widget below:

Disclosure: I am part of the PTPA Brand Ambassador Program with Philips Avent and I received Compensation as part of my affiliation with this group. The opinions on this blog are my own.