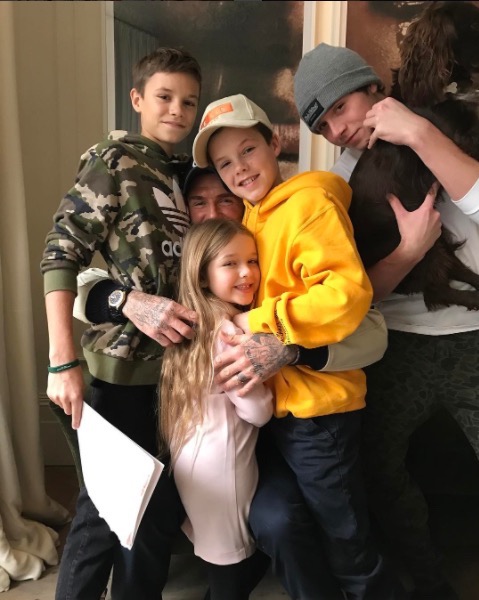 Victoria Beckham took to Instagram to share a sweet photo of her husband David Beckham and their four children, Brooklyn, Romeo, Cruz and Harper, on Monday (Jan. 30).

“I think they love him! We 💜 you @davidbeckham X VB 🙏🏻,” she captioned the shot in which David affectionately embraces his children after a solo trip abroad.

David recently revealed why his marriage to Victoria has stayed so strong over the years.

“I think because we’re a strong family unit,” he told BBC Radio 4’s Desert Island Discs show. “We’ve got strong parents; we were brought up with the right values.”

“Of course you make mistakes over the years, and we all know marriage is difficult at times and it’s about working through it, and whenever we’ve come up against tough times, you know, we know each other better than anybody knows us,” he added.

The Beckham’s first met at a Manchester United game in 1997.

How to Deal With Exhaustion With Twins