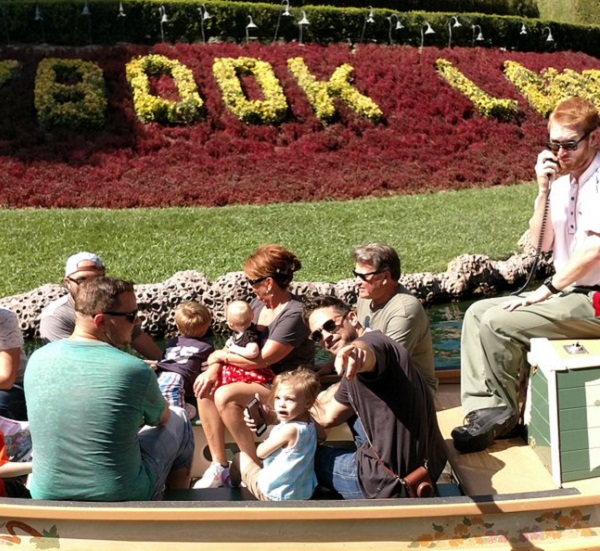 General Hospital’s Kirsten Storms (Maxie Jones) and Brandon Barash (ex-Johnny Zacchara) recently spilt up but the two made a promise to still co-parent their daughter Harper Rose and over the weekend Kirsten Storms shared a photo on twitter of the two doing just that.

GH’s Kirsten Storms tweeted “Harper said she wanted to go on “token rides” today. So I made a better plan.” Along with the tweet Storms shared a photo of Harper and her daddy Brandon Barash riding on a canal boat through the Storybook Land at Disneyland.

So Kirsten did do a lot better than just token rides for little Harper she took it up a couple of notches. It looks like Harper was having a blast. It is so awesome how great the two are with their daughter and makes plans together where she is concerned even though they have split.

It really saddened GH fans to learn of their split but one thing is certain the two have remained great friends and will do anything for their precious daughter.

Some of you may remember little Harper when she played the part of Georgie, Maxie Jones and Damien Spinelli’s (Bradford Anderson) daughter on the show. You got to experience the bond of a mother and a child right on screen being that Kirsten had her real daughter playing her on screen daughter.

With little kids being on the show they certainly seem more comfortable on screen with their real parents. Hopefully we will soon to get to see more of Harper Rose on GH. She is so precious and has done an awesome job playing little Georgie. Would you like to see more of her on the show?

Harper said she wanted to go on”token rides” today. So I made a better plan. 😁 pic.twitter.com/dw2d12jQzZ

Things to Know About The Meningococcal Disease