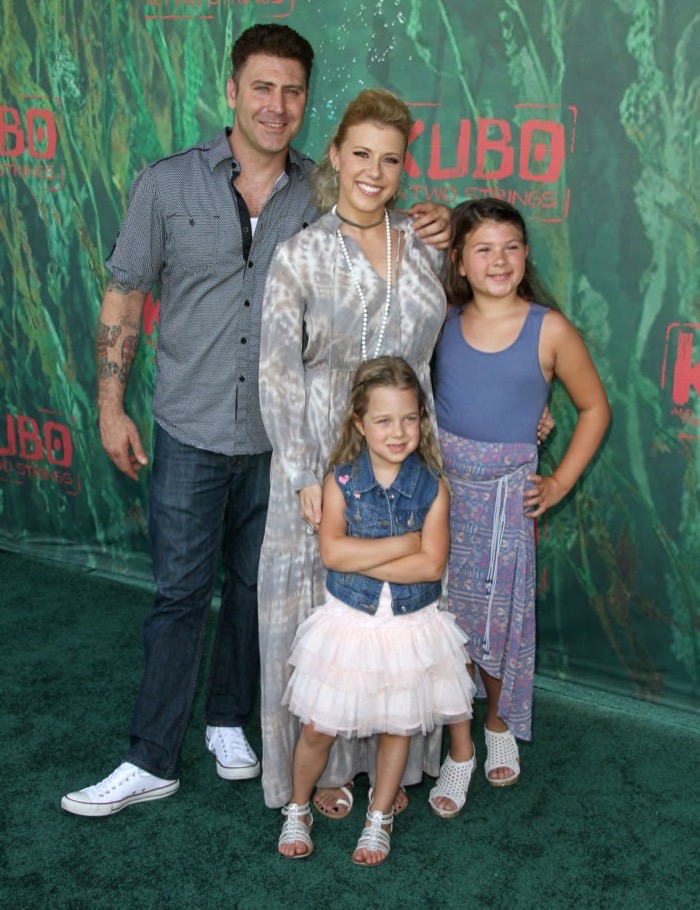 Jodie Sweetin, her fiancé Justin Hodak, and her two daughters, Beatrix and Zoie attended the Kubo and The Two Strings Premiere at The AMC Universal City Walk in Universal City, California on Sunday (Aug. 14).

The Fuller House actress was dressed in a long-sleeved grey tie-dye maxi dress paired with a pearl necklace and and matching sandals. She smiled happily as she posed alongside her family.

While on the red carpet, Sweetin revealed that her children aren’t excited to have a famous mom.

“They are not impressed with me as a mom at all. I’m still mom,” she told ET. “At the end of the day, I go home and I take toys away and tell them no phones and time out. But I was telling my daughter Zoie, I said, ‘It’s so much fun! I love getting to include you guys in my work stuff,’ because as a mom, so much of your life [is] so busy and it’s great to be able to bring them out to stuff like this. I have fun with them.”

Sweetie and Hodak got engaged in January.

This will be Sweetin’s fourth marriage.

Boomer Phelps Needs his Sleep After Being Daddy’s Biggest Fan