Boomer Phelps Needs his Sleep After Being Daddy’s Biggest Fan 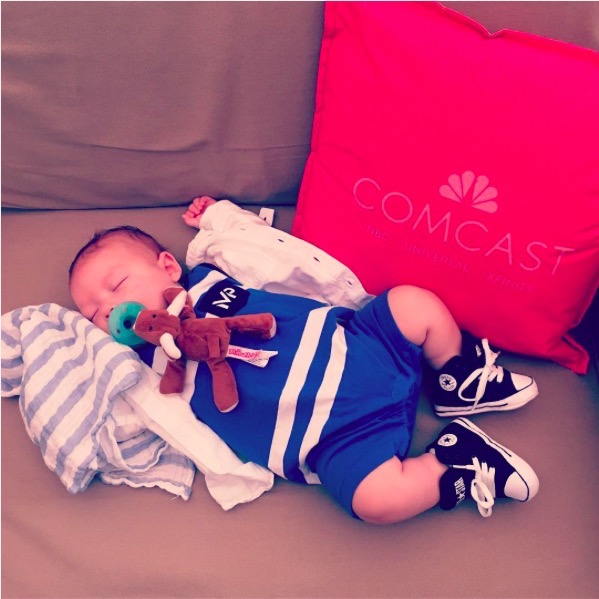 Being Michael Phelps biggest fan is an exhausting job!

In a new Instagram shot, 3-month-old Boomer is pictured taking a much needed nap after making an appearance on TV with his grandma and mom Nicole Johnson.

“Today’s a long for daddy so I thought I’d catch a few extra!! #babyneedhissleep,” the picture was captioned.

During the Today interview, Phelps fiancée told that she cherishes sharing his victorious moments with Boomer.

“It’s amazing and to be able to share it with Boomer – even though he won’t remember outside of all the pictures all the videos – it’s really neat,” Johnson said.

Phelps and Johnson welcomed son Boomer in May.

Michael Phelps Son Boomer Cheers Him on at Rio Olympics