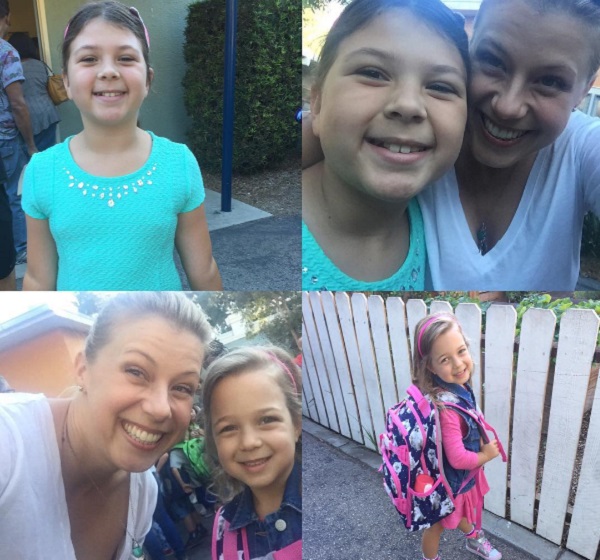 Full House and now Fuller House star Jodie Sweetin’s little girls aren’t so little anymore.  The excited mom took to Instagram this week to share a photo of her two daughters heading back to school.  The little cuties were all smiles, backpacks and all, on the first day of school.

Jodie Sweetin’s older daughter, Zoie Laurel May Herpin, was born in April 2008 and she just turned 8 years old.  Zoie’s little sister, Beatrix Carlin Sweetin Coyle was born in 2010, and she will turn 6 years old on August 31.

2016 has been a huge year for Jodie Sweetin.  First, the Fuller House reboot premiered on Netflix and was a huge success, they are already working on Season 2.  Jodie plays the iconic “Stephanie Tanner” on the family-oriented sitcom.  Also, Jodie competed on ABC’s Dancing With The Stars, and she made it pretty far in the competition.  While on DWTS, Jodie also made the exciting announcement that she and her boyfriend Justin Kodak are engaged and planning to be married.

Zoie and Beatrix must be as proud of their mom as she is of them.  Jodie Sweetin went through a bit of a rough patch after Full House ended, and while competing on DWTS she opened up about her battles with substance abuse and trips to rehab.  It’s great to see that Jodie Sweetin has put her issues behind her, made an impressive career comeback, and is raising two happy and beautiful little girls!