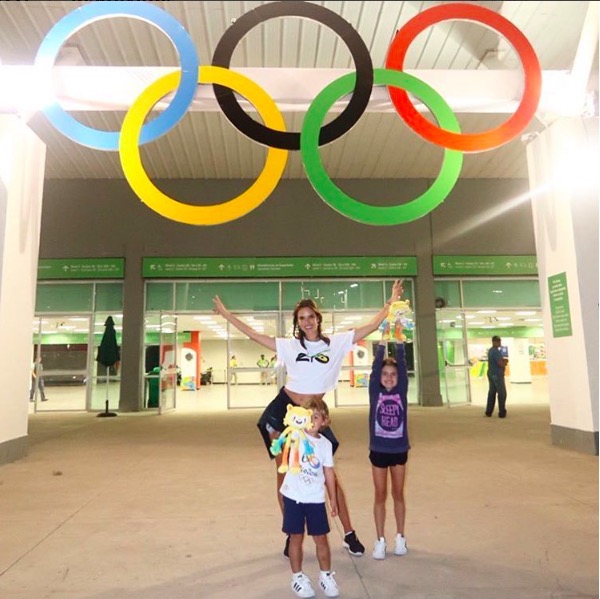 Alessandra Ambrosio and her children Anja & Noah have the olympic spirit!

The Brazilian supermodel took to Instagram to share a fun shot of herself and her broad posing happily under the Olympic rings while in Rio for the 2016 Summer Olympics.

While doing promotion in Rio, Ambrosio was asked to weigh in who’s the fiercest competitor between Olympians and Victoria’s Secret models.

“Well, you know we do work very hard, but the athletes. It’s hours and hours and they give everything they can,” she told E! News at Omega House’s Gold Night celebration for medal-winning athletes.“I think we get inspired by them to do everything we can, to look as good we can and to inspire people,” the 35-year-old continued.

The pair have been together since 2008.

Rachel Zoe: Each Day is a Constant Struggle to Balance Work and Motherhood