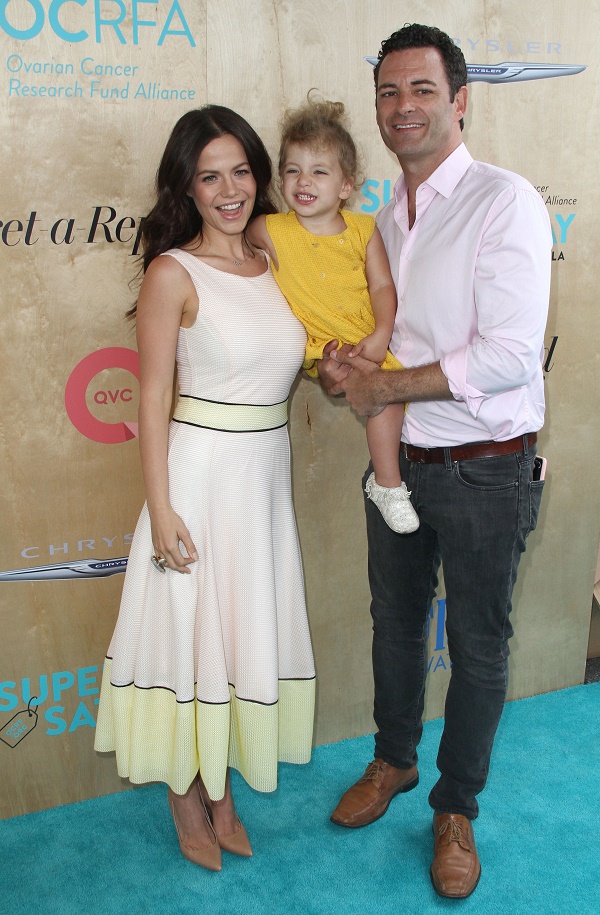 “Pretty Little Liars” star Tammin Sursok was all smiles this weekend when she hit the red carpet at the Ovarian Cancer Research Fund Alliance’s 3rd Annual Super Saturday held at The Barker Hangar in Santa Monica, California on 6/11/16.  Tammin attended the star-studded and family oriented charity event with her husband Sean McEwan and adorable 2 year old daughter Phoenix by her side.

The South African born actress’ career was jumpstarted at a young age for her when she joined the cast of the Australian soap opera “Home and Away.”  She went on to appear on the American soap opera “The Young And The Restless” for two years, and then rose to super stardom with her current role on the wildly popular “Pretty Little Liars.”  Tammin is well-known for her role as Jenna Marshall, after being MIA for quite a while, Tammin announced on social media earlier this year that she would be returning to “PLL” Season 6, which debuts on Freeform this Fall.

Tammin and little Phoenix looked absolutely adorable in their yellow and white dresses.  Motherhood definitely is a good look on the “Pretty Little Liars” actress.  Sursok recently has been putting her fame to good use and has launched an anti-bullying campaign on social media.  She shared a photo of herself as a child and revealed that she used to be overweight.

It looks like the “PLL” cast really is growing up, and we love seeing Tammin Sursok with her family.  Seriously, how cute is little Phoenix?  Are you a fan of Jenna Marshall on the Freeform drama, did you know Tammin had such a beautiful real life family?  Let us know in the comments below!