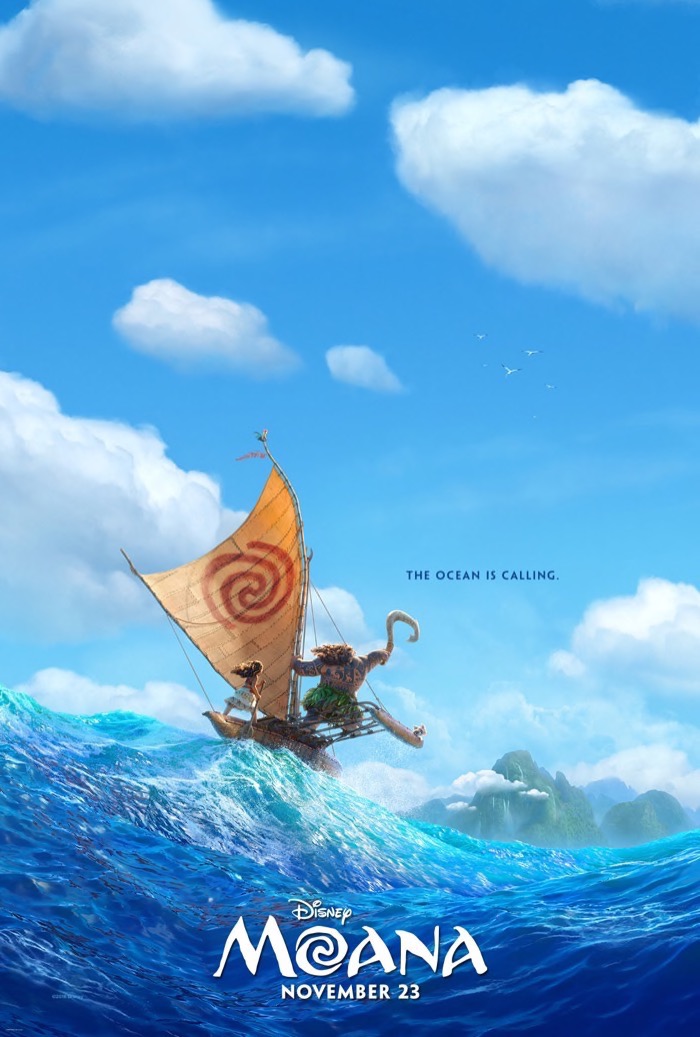 On Monday, Walt Disney Studios released a new teaser trailer and poster from the highly anticipated film, Moana. The latest Disney princess, Moana is an adventurous teenager who, with help from demigod Maui, sails out on a daring mission to prove herself a master wayfinder and save her people. This adventure is highlighted in the new poster of the film.

The teaser trailer gives the audience greater insight about Maui and his personality. In the opening shot, the demigod who is voiced by Dwayne Johnson, rhetorically asks, “Who is Maui? – only the greatest demigod in the pacific islands, with his magical fish hook he slowdown the sun, pulled islands out of the sea, battled monsters!”. To complete his presentation, he breaks into a dance meant to exemplify his strength and ferociousness. Unfortunately for him, Moana (Auli’i Carvalho) and her tiny piglet looked confused rather than awed.

The sequence ends and the music of Moana, which is written by Tony-winner Lin-Manuel Miranda, composed by Grammy-winning composer Mark Mancina and sang by Opetaia Foa’i begins. We are given a small glimpse of the action-packed voyage the two embark upon across the ocean while encountering enormous monsters and impossible odds. In the official synopsis, its says Moana fulfills the ancient quest of her ancestors during the adventure and discovers the one thing she’s always sought: her own identity.

Moana is directed by the renowned filmmaking team of Ron Clements and John Musker and produced by Osnat Shurer. The film sails into U.S. theaters on Nov. 23, 2016.

Look back in the coming months for additional details and exclusives! In the meantime, be sure to check out the official website and Facebook page of Moana.

Baby-Wearing Made Easy With The LÍLLÉbaby COMPLETE