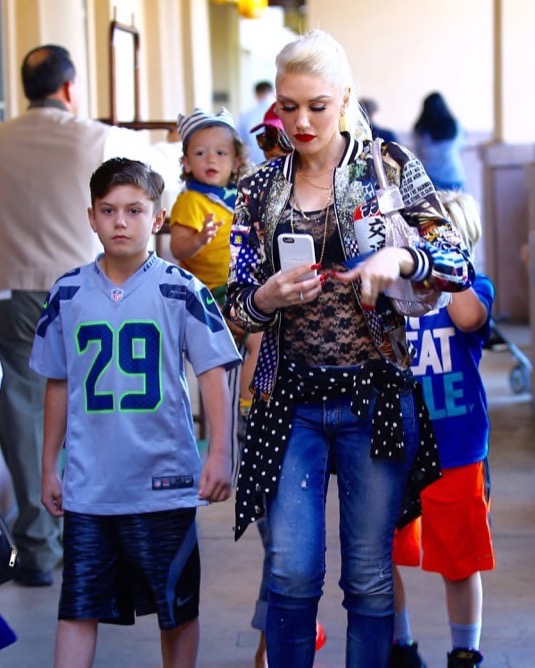 Gwen Stefani was photographed taking her sons Kingston, Zuma, and Apollo to Disneyland in Anaheim, California on Thursday (March 10).

The No Doubt singer was dressed in funky zip-up sweater, a lace top, a polka-dot sweater around her waist and jeans. She played on her phone while being escorted with her boys around the park by a Disneyland guide.

Stefani recently revealed to the New York Times that her divorce from ex-husband Gavin Rossdale was full of scandal saying,

“If I could, I would just tell you everything, and you would just be in shock. It’s a really good, juicy story,” She told.

In August 2015, Stefani filed for divorce after learning Rossdale was having an affair with their children’s nanny. The ex-couple had been married for 13 years.

Stefani new album, This Is What the Truth Feels Like, hit stores Friday, March 18.