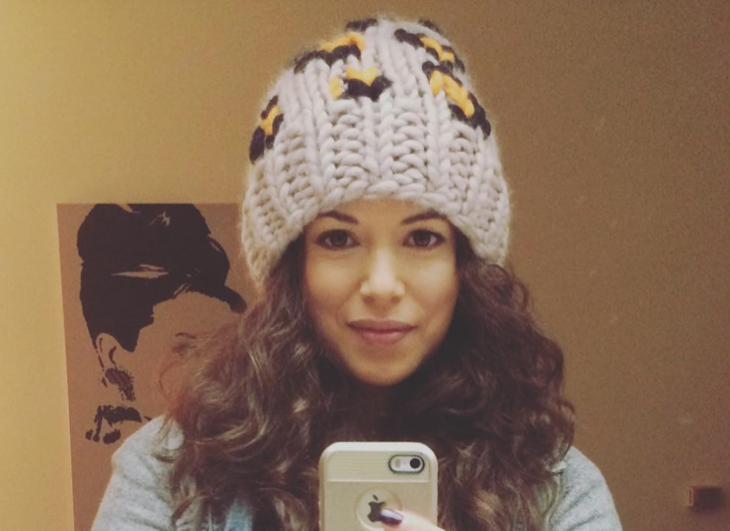 “General Hospital” Teresa Castillo [Sabrina Santiago] has been missing from Instagram for a couple of months. The actress has returned and shared two beautiful photos of her children.

The power went out the other morning at Teresa’s home but that didn’t stop her daughter from playing with dolls. Victoria is a little bit of a Disney Princess fan and is all dressed up like her favorite character.

Teresa posted a pic of Victoria playing with her dollies with the caption, “Power’s been out all morning but who cares when you can dress up like your dolls. Clearly obsessed Jasmine fan.”

Power's been out all morning but who cares when you can dress up like your dolls. Clearly obsessed Jasmine fan.

There were a few “GH” fans who also have daughters’ are huge fans of Disney’s Princess Jasmine! “This was basically my daughter with every Disney movie” one follower shared.

The second snapshot that Teresa shared with Instagram followers and “General Hospital” fans was absolutely precious. Teresa is in a hammock outside on a beautiful sunny day. She is cradling her newborn son in one arm and her daughter in the other.

Teresa Castillo and her son are fast asleep but Victoria hasn’t quite dosed off yet. Or maybe the little girl just woke up. The pic is captioned, “THE BEST. Seriously nothing better.”

THE BEST. Seriously nothing better. 😍😍

Teresa’s followers and fans want to know what she and her husband Shane Aaron have named their little bundle of boy joy. So far there hasn’t been an announcement on the baby’s name.

Back on February 24 Teresa Castillo thanked fans for their well wishes. “We’re settling in as a family of 4! And I can’t wait to get back to #GH Love you guys xo-TC.” No confirmation on an exact return date for Teresa and her character Sabrina has been released.

Molly Sims Has an Outing With her Baby Girl