Michael Buble Reveals Wife Luisana Lopilato Is Pregnant With A Boy – Noah Is Getting A Baby Brother! 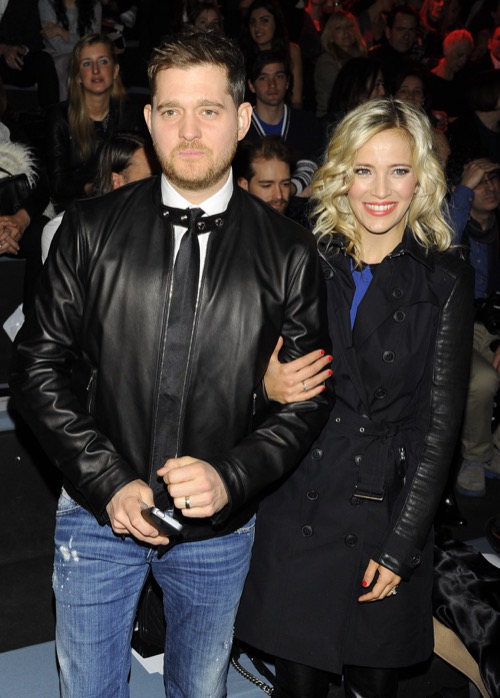 Michael Buble just revealed the gender of his and wife Luisana Lopilato’s second baby – it’s a boy! Buble and Argentinian actress Luisana were married in 2011, and she gave birth to their first child Noah not long after they were married. Earlier this year Michael and Luisana announced on social media that she was pregnant with baby number two, and in an interview with ET Canada Michael revealed that Noah is getting a baby brother!

Michael Buble sat down with a reporter from ET Canada and dished on his growing family. The singer revealed that he was thrilled when they learned Luisana was pregnant with baby number two, because he missed the good old days when their now toddler Noah was still an infant. Michael joked that he can’t wait to have even more babies after Luisana gives birth to her current bun in the oven.

Buble explained in his interview with ET Canada, “You know, Noah’s two and I already miss him when he was a baby. We love that part so much that how can we not want to have that again? And again, and again… I’m saying that now, let’s see what I say after two.” He also revealed that they haven’t chosen a baby name yet – but unfortunately his wife has shot down his first two choices, “Thor” and “Spiderman.”

Congratulations to Michael Buble and his wife Luisana! We are sure that their new baby boy will be just as adorable as his big brother Noah – and here is to hoping Michael doesn’t try to slip any superhero names on to his birth certificate!

Drew Barrymore Opens Up About Her Post Partum Depression After Delivering Daughter, Frankie