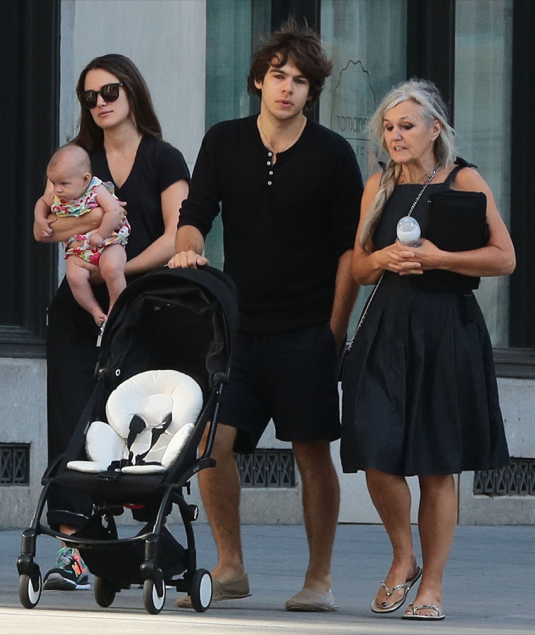 Keira Knightley and husband James Righton were spotted out for a walk with their daughter Edie and her mother in New York City on Saturday (Sept. 5).

The Everest actress was dressed casually in a black top and and pants with running shoes. She affectionately carried the jumper-wearing infant while Righton pushed a stroller.

While covering the latest issue of Elle magazine in honor of the publication’s 30th birthday, Knightley revealed her daughter’s name while gushing about being mom.

“The love thing is astonishing. It’s a very primal, primal love. That’s quite extraordinary,” Knightley told. “And the ability to have no sleep and continue going. It’s not pleasant—I never thought that I could actually do it for the amount of time that I’ve done it.”

Knightley is set to star in the upcoming revival of Émile Zola’s Thérèse Raquin on Broadway. Directed by Evan Cabnet and using a new adaptation by Helen Edmundson, the production begins previews October 1 and opens October 29 at Studio 54.

The Hand Diet – Healthy Family Portions for Everyone Made SUPER Easy