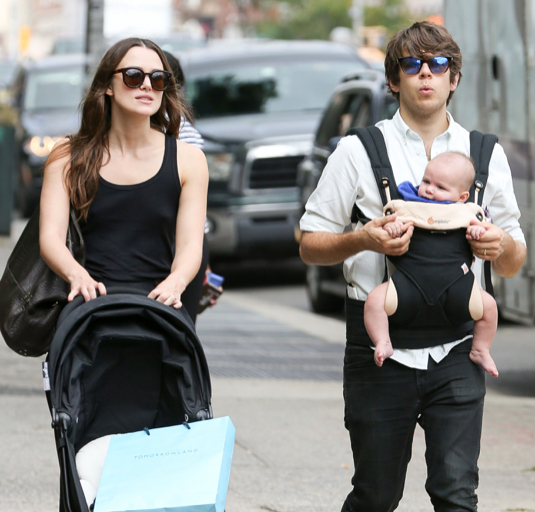 Keira Knightley, her husband James Righton and their daughter Edie go for a walk around New York City on Tuesday (Sept. 29).

The Everest actress was dressed in a black tank top and matching baggy pants while pushing a stroller with a shopping bag resting in it. Righton baby-wore Edie as they strolled the busy streets of the city.

The family have been staying in New York as Knightley prepares for her Broadway debut in Therese Raquin.

“I mean, [theater is] what I wanted to do. My mom is a playwright, my dad was a theater actor. I grew up going to their rehearsal rooms, and I grew up going to a lot of theater,” Knightley who plays the lead role in the play told Playbill Magazine. “The way of things, because acting isn’t necessarily a job that you can really plan, I just happened to get film and television work, and I didn’t happen to do any theater. And then, once you’re on that road, you just keep going and keep going and keep going.”

The production is based upon the novel by Émile Zola and will be directed by Evan Cabnet.

How New Moms Can Make Saving & Convenience an Everyday Thing