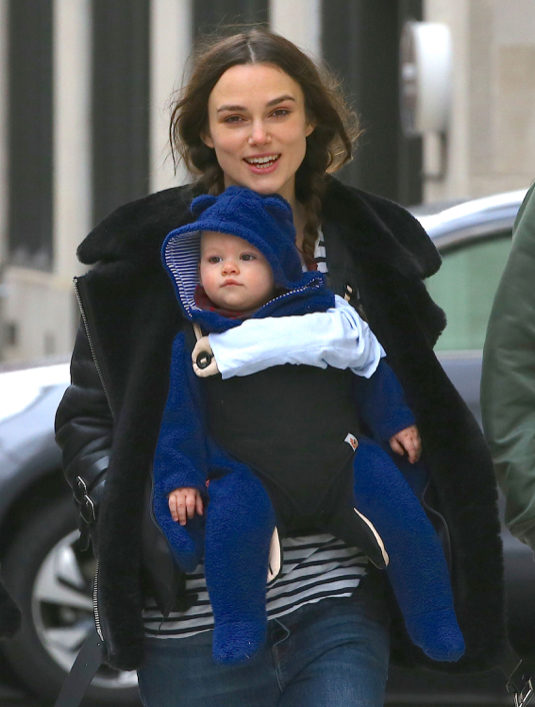 Keira Knightley was photographed taking a stroll with her husband James Righton, their baby Edie and her parents in New York City on Thursday (Dec. 31).

The Everest actress was dressed in a leather jacket, a striped shirt and boyfriend jeans. She was all smiles while baby-wearing her youngster and chatting with her family.

Over the last three months, Knightley has been performing in the Broadway play Therese Raquin.

“I mean, that’s what I wanted to do. My mom is a playwright, my dad was a theatre actor. I grew up going to their rehearsal rooms, and I grew up going to a lot of theatre. The way of things, because acting isn’t necessarily a job that you can really plan, I just happened to get film and television work, and I didn’t happen to do any theatre. And then, once you’re on that road, you just keep going and keep going and keep going,” the mom-of-one told Playbill about starring on Broadway.