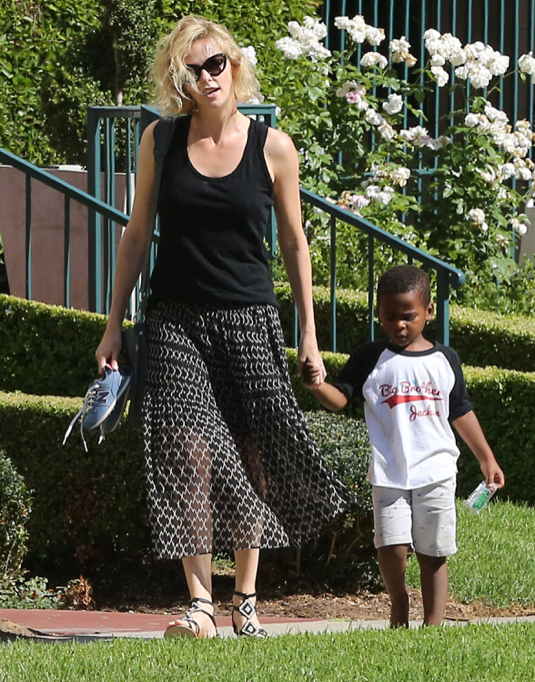 Charlize Theron and her son Jackson were seen leaving a play date in Los Angeles, CA on Monday (August 3).

The Mad Max actress was dressed in a black tank top and flowing skirt with matching sandals. She held the hand of Jackson who wore a shirt that let everyone know his new status of big brother.

On Saturday, news broke that Theron had recently adopted an african-American baby girl, born in the United States, named August.

TMZ reported that the adoption took place in July.

Besides the very public declaration on Jackson’s shirt, Theron has yet to comment on the adoption.

She adopted Jackson from South Africa in 2012.