Kelly Clarkson: I Don’t Obsess About My Weight 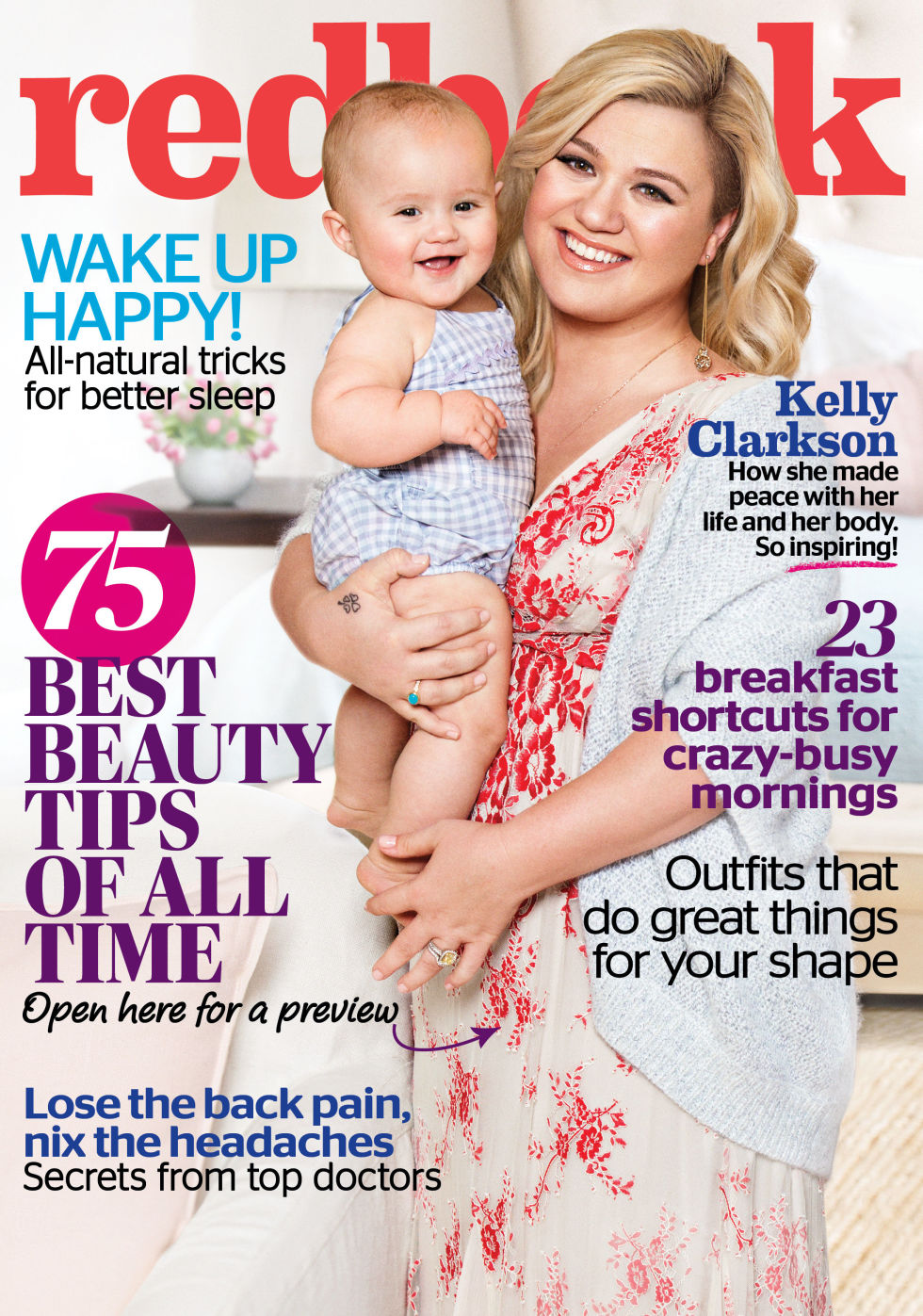 Kelly Clarkson graces the May issue of Redbook with her 10-month-old daughter River Rose.

For the magazine’s feature story, the American Idol alum talks about being comfortable with her weight and her marriage with husband Brandon Blackstock.

Clarkson says the body-shaming she has experience since giving birth to her daughter doesn’t faze her.

“I don’t obsess about my weight, which is probably one of the reasons why other people have such a problem with it,” she told, while adding, “There are just some people who are born skinny and with a great metabolism—that is not me. I wish I had a better metabolism. But someone else probably wishes they could walk into a room and make friends with everyone like I can. You always want what someone else has,” she told.

The 33-year-old who is stepmom to Brandon’s two children from a previous relationships, says her marriage comes first, despite loving motherhood.

“I always swore ours would not be a relationship where we have to schedule sex. That is never going to happen. We put each other first. I call it the oxygen-mask mentality—take care of yourself first!” Clarkson said. “Brandon is not my other half. He’s a whole and I’m a whole. I’ve never believed in someone taking care of me, and that’s probably because I grew up poor and without a lot of family stability.”

To read the full interview pick up a copy of Redbook, on newsstands nationwide on April 21st.

Disney to Start River Cruising on the Danube