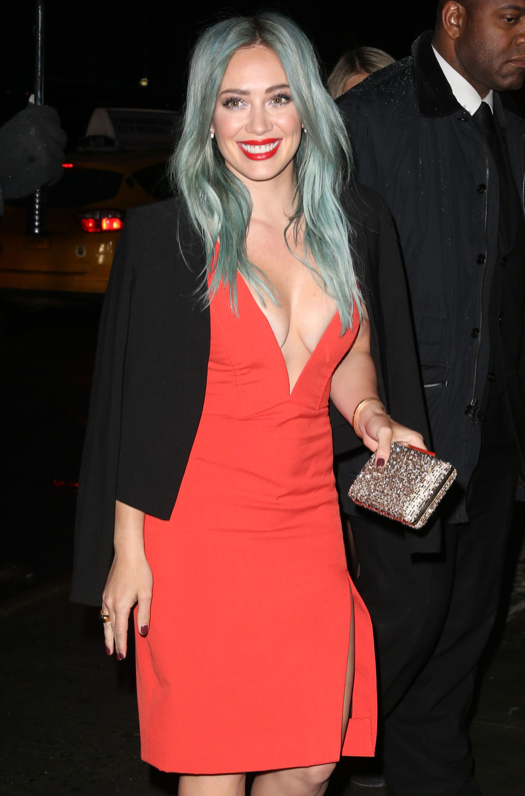 Hilary Duff is bonding with her 3-year-old son Luca by getting him involved in the kitchen.

While at the New York City premiere of her new series Younger, the actress spoke of their mother-son cooking time.

“Lately I’ve been trying to get him into cooking because I love to cook,” Duff told People. “I try to cook things that involve lots of different bowls where he can be dipping stuff in. It’s nice for him to touch the food and work with it and then eat it.”

Duff added their kitchen time is a nice break from chasing the youngster around!

“That has been my new favorite activity because it’s somewhat mellow and he’s actually getting into it,” she says of their culinary pastime. “He’s so into trains and cars and hide-and-go-seek and tag and chasing and racing — I never sit down!”

Olivia Wilde: I’m a Mother, and I Look Like One