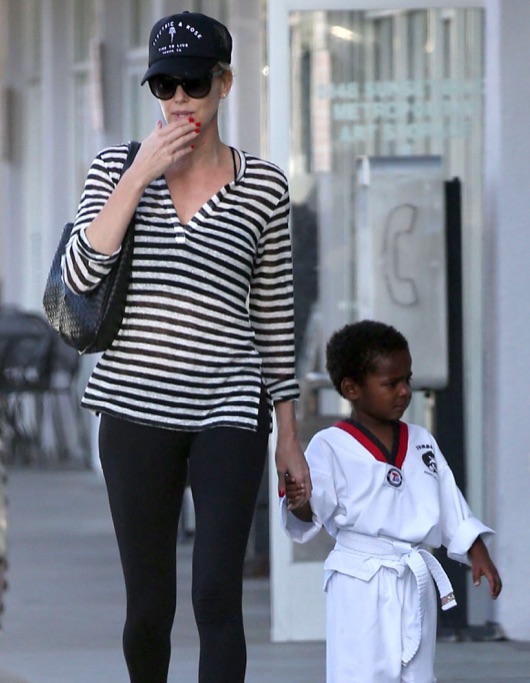 Charlize Theron was pictured picking up her son Jackson at his karate class in Los Angeles, CA on Wednesday (Apr. 15).
The Dark Places actress was dressed casually in a back and white striped sweater paired with tights and white sandals. The youngster appeared to be unhappy about something that happened in class.
Theron recently opened up about her relationship with actor Sean Penn and how he makes her feel like a “very, very lucky girl”.

“There’s something beautiful about that, but you lack the articulation of really saying what it’s like when somebody walks into your life and makes you see something that you really never thought you’d be able to see,” she told the May issue of Esquire.

The couple have been dating for one year, but have been friend for over 20.
Image Credit: Fame/Flynet
Continue Reading

Taking A Family Road Trip: 7 Ways To Save Money