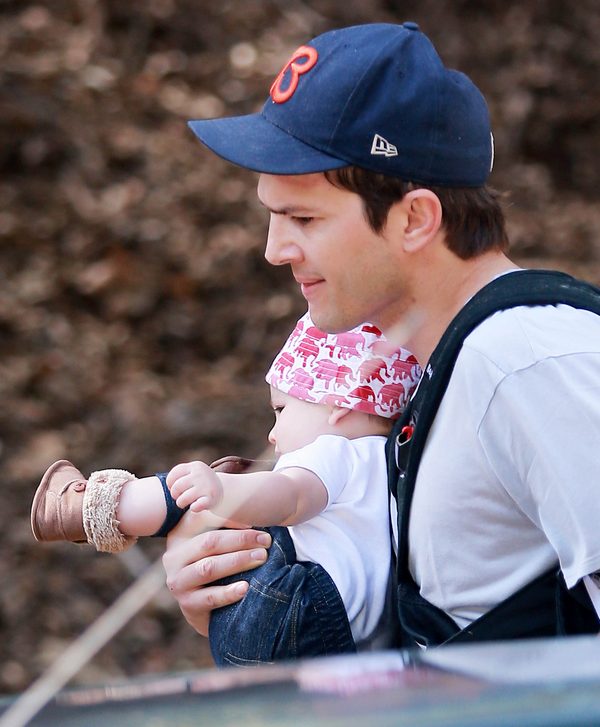 As parents, the magical time when children are adorable babies is littered with problems and issues that prove to be challenging. Ashton Kutcher encountered this common baby problem on a solo trip with his daughter, Wyatt Isabelle – no diaper changing station in the men’s restroom.

Speaking as a mommy, I can’t count the number of times I’ve been responsible for diaper changes thanks to the lack of diaper changing facilities in the men’s restroom. I confess, I’ve secretly wondered if my hubby fibbed about the constant absence of a changing station, or wondered about a conspiracy starting at the design of public buildings.

Ashton Kutcher learned of this conundrum while spending some one-on-one time with his tiny tot. The ‘Two and a Half Men’ star shared his frustrations via Facebook writing, “There are NEVER diaper changing stations in mens public restrooms. The first public men’s room that I go into that has one gets a free shout out on my FB page! ‪#‎BeTheChange“

Since his post, over 200,000 people “liked” post and some gave him some tips on places that do think beyond the double-standard, and offer changing tables in men’s restrooms. Many responded, sharing their frustrations. Have you ever encountered this issue Celeb Baby Laundry fans?

Ashton is taking to fatherhood really well. In fact, Mila Kunis gushed about his diaper-mastery telling Ellen DeGeneres on her talk show, “The second she was born he changed the first diaper,” she dished. “And has changed multiple diapers ever since. If he’s home he changes the diaper. He became a master swaddler. He can swaddle anyone’s baby.“

Props for the all the great dads out there and the diaper-changing-friendly places who offer tables in the men’s room!