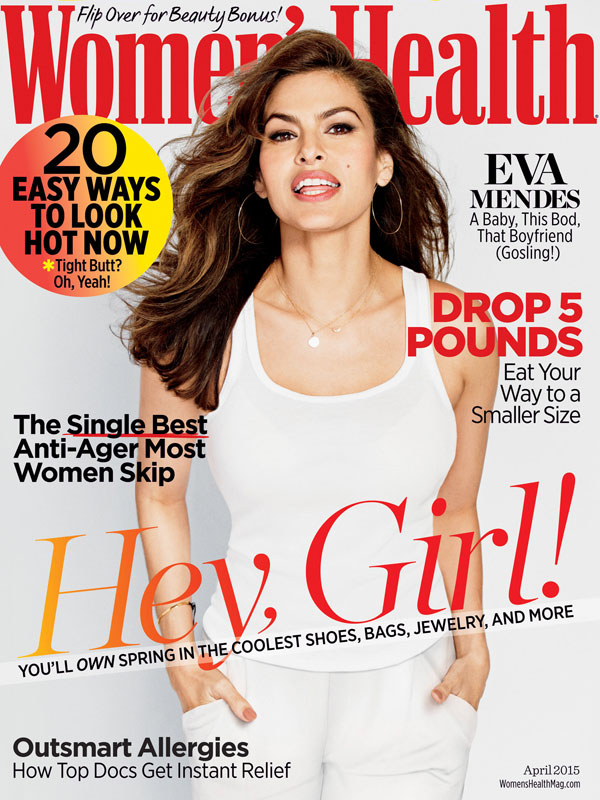 Eva Mendes kept a super-low profile during her pregnancy. The ‘Hitch’ star avoided paparrazi and didn’t make a splashy announcement to maintain privacy. In the April issue of Women’s Health Magazine, Mendes shares her view of motherhood and sympathy for baby Esmeralda.

Eva and boyfriend Ryan Gosling manage to keep under the radar, preserving their relationship with privacy. They have been dating for several years, and welcomed their first child in September; a daughter they named Esmeralda. Since then, the details have been limited, but Eva Mendes shared some of her views with the magazine with the highest respect for moms everywhere.

When asked about any tips she’d share, Eva quickly declined saying, “I don’t feel like I’ve really earned the right. I want to respect all the moms out there. They’re going to be like, ‘You know what? You’re a few months in. Just shut up.’“

The 41-year-old first time mom even stated she is trying to enjoy every aspect of being a mother. Even those long newborn nights…

“I’m actually enjoying the sleepless nights because it’s bonding with my little girl.”

No matter the ups and downs of being a first time parent, Mendes expressed that she feels sympathy for Esmeralda. She explained to The Violet Files, “People always told me that [it was tough to be a mom]. But I’ve learned that it’s way harder to be a baby. Everything is a struggle for her. For instance, I haven’t thrown up since the ‘90s and she’s thrown up twice since we started this interview. Motherhood is cake compared to what it’s like to be a baby.“

What do you think the hardest part about being a parent is? Those sleepless nights? Watching your child grown up all too fast?

Jenna Dewan and Daughter Everly’s Star-Pattern Style – Get the Look for Less!