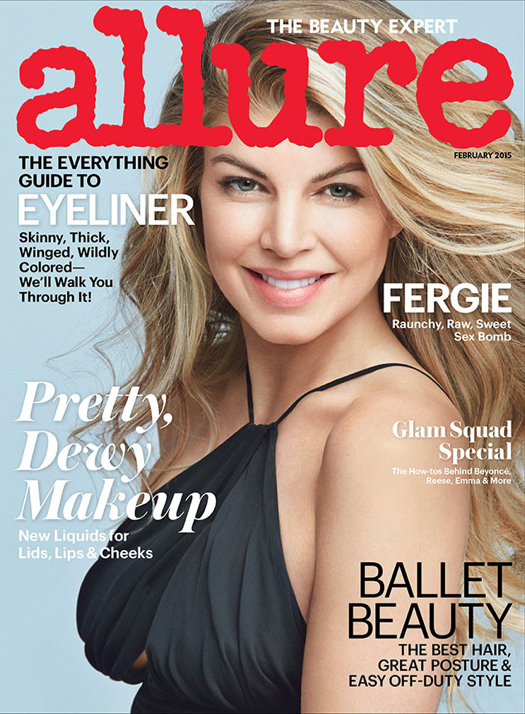 Fergie covers the February 2015 issue of Allure while opening up about her marriage to Josh Duhamel and their life with 1-year-old son Axl.

The Black Eyed Peas singer says she and Duhamel have worked their busy schedules around one another, so they can be together as a family as much as possible.

“We’ve already talked about how we’re going to have to trade off,” Fergie says of balancing work commitments. “He’s going to have to come on tour with Axl for a while, and then there’ll be a break. He’ll take a job; I’ll be on set with [Axl]. You know?”

The couple who met in 2004 on the set of Las Vegas have embraced therapy to keep their marriage strong.

Duhamel is “not afraid,” she says. “He doesn’t feel like he’s not man enough.”

Fergie says over time she knew Duhamel was the man for her.

The singer’s second solo album is due later this year.

“Did I feel some sort of pressure to come back out? I felt that it was either going to be another baby or an album. And I had to decide which one first,” adding, “How long can you hold on to a song for?”

Read the entire interview in the new issue of Allure magazine, on newstands Tuesday.