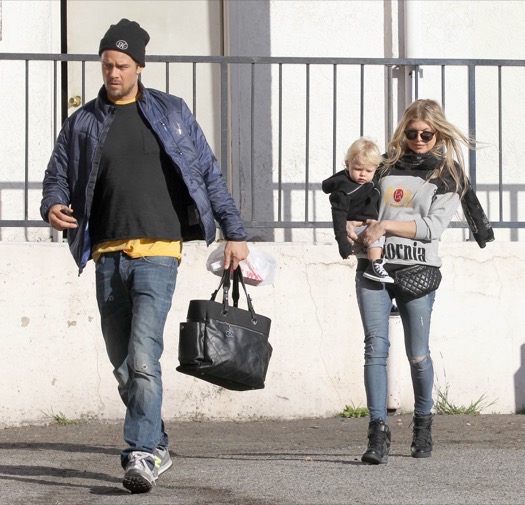 Fergie and Josh Duhamel were photographed taking their son Axl out for breakfast in Brentwood, California on Saturday (Dec. 27).

The songstress wore a sweater, skinny jeans and heeled hightop’s while carrying the toddler. Duhamel walked ahead in a navy jacket, black sweater, jeans and running shoes.

The day before, Fergie took to her Twitter to express her excitement for Dick Clark’s New Year’s Rockin’ Eve with Ryan Seacrest show.

Fergie will be busy on New Year’s Eve! She will be hosting the Billboard Hollywood Party for the ninth time and will perform during the Dick Clark’s New Year’s Rockin’ Eve with Ryan Seacrest broadcast on ABC.

Honestli App: Be You Without Judgement in an Anonymous Community #Giveaway