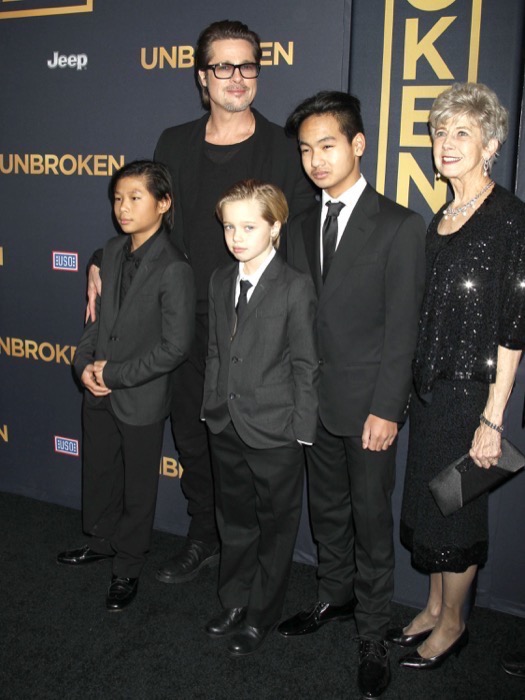 Brad Pitt and his children Maddox, Pax and Shiloh attended the Unbroken premiere at the TLC Chinese Theatre in Hollywood, CA on Monday (Dec. 15).

The Fury actor was dressed in a black jacket over a matching shirt and pants. He led his children along the ‘black’ carpet while posing for pictures.

Pitt and the children were attendance to support Angelina Jolie.

The Oscar-winning actress was unable to attend the premiere because she is suffering from chickenpox.

“It was a family night out and you could tell the movie meant so much to both Brad and Angelina for them all to be there and support her,” an onlooker told Us Weekly. “You could tell how important it was for him to be there to promote the movie. Brad tried to make the experience as relaxed and easy as possible for the kids. He stayed on the carpet to do interviews solo and the kids walked away.”

Inside the theatre, Pitt picked up a bag of popcorn before sitting down to listen to one of the producers give a speech before the film debuted. The children were then led out of the theater by Pitt because the is rated R.