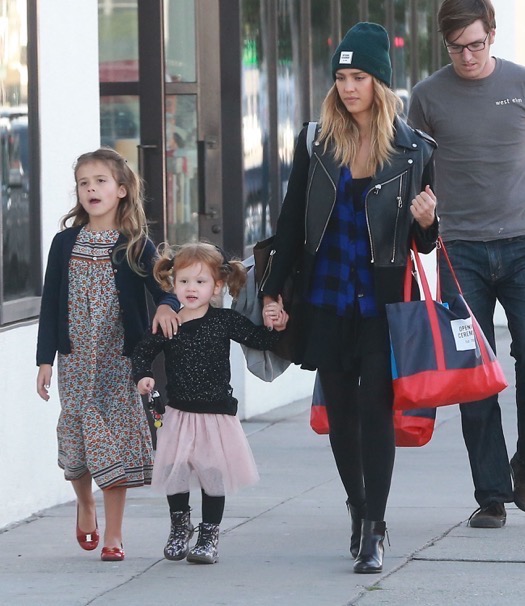 The Sin City actress was dressed in a black motorcycle jacket, plaid blouse, black tights and boots. She carried a couple of bags from the store while holding Haven’s hand. A store worker followed with the rest of their bags.

While sitting down earlier in the month for a discussion at The New York Times DealBook Conference in New York City, Alba said running a business is harder than being an actress.

“I actually appreciate being an actress now more than ever,” Alba told. “Being in business is so stressful. Board meetings are so long and raising money…it’s like pitching a movie all the time.”

The Honest Company which alba co-founded in 2012, is moving toward an IPO with an astonishing valuation of nearly $1-M.