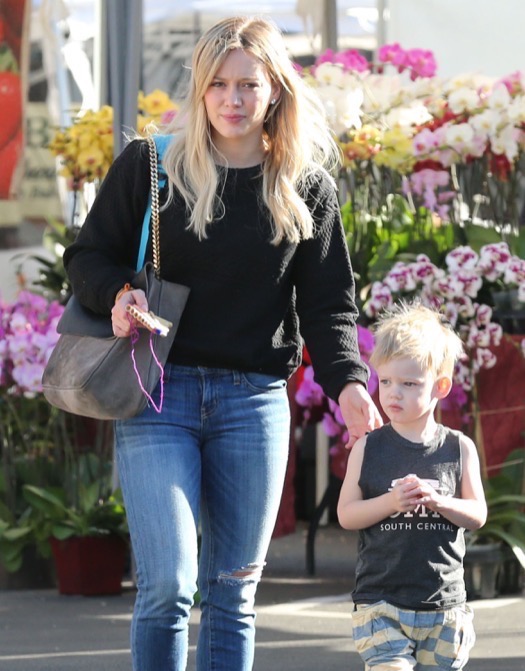 Hilary Duff and her son Luca Comrie were spotted out shopping with her sister Haylie and her fiance Matt Rosenberg at the Beverly Glen Plaza in Beverly Hills, CA on Saturday (Nov. 29).

The Younger actress wore a black sweater, jeans and flip-flops while picking up a coffee. After grabbing Starbucks, the mother-son du0 headed over to the Farmers Market to do some more shopping.

Duff was recently asked if her new album should hit stores in the near future.

“I think probably not as soon as I thought, but yeah! That’s the ultimate for me, wanting to be back onstage again. Working on the show, I work so much, and I’m based in LA, so it’s kind of just got me all out of sorts, but in a good way. So I’m just re-evaluating timelines and what’s realistic — proper rehearsal times, and actually finishing the record and what a tour would look like for me. I’m trying to figure that all out right now,” she told BuzzFeed.

The singer added the album should be out in the next couple of months.

How New Dads Can Bond With Their Baby