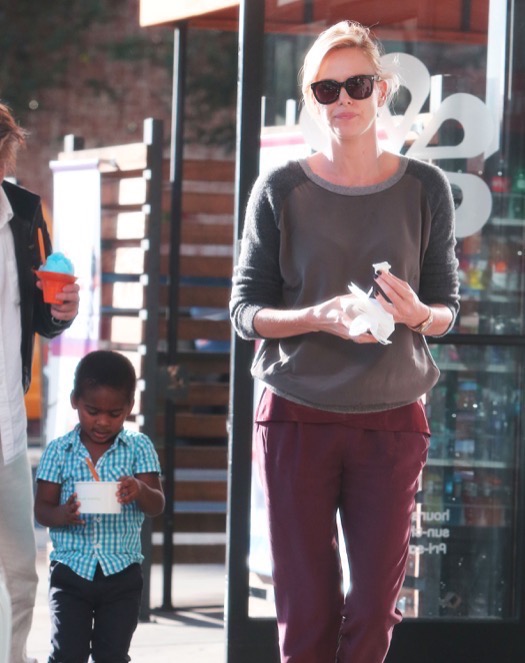 The Dark Places actress was dressed casually in a baseball tee, a burgundy shirt and matching pants. She munched on a treat while the youngster followed behind with his frozen yogurt. Penn also indulged with an ice cone.

In May, Theron spoke to Vogue about her son’s personality.

“He likes big boys. He’s super independent. His awareness just blows my mind. He picks up on things really quickly. Shy at first, and then you can’t stop him. But it’s the shyness that I love because it’s kind of a pensive quality—he susses out the situation, and then he’ll step in and join the group,” she told.

She and Penn started dating earlier 2014.