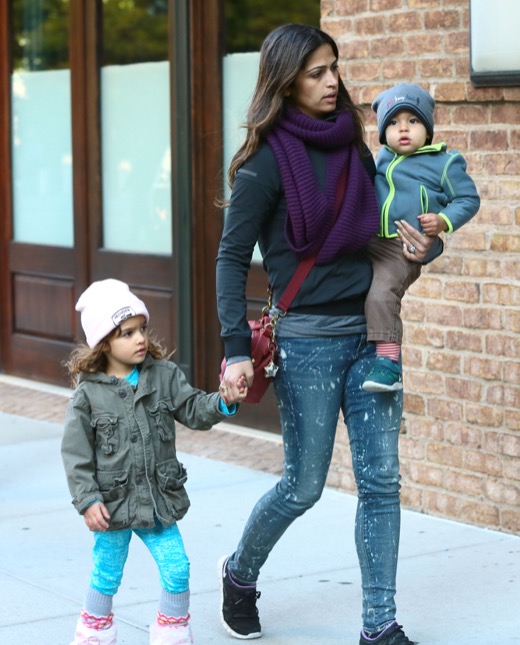 Camila Alves was photographed out and about with her children Vida & Livingston in New York City on Monday (Nov. 3).

The model was dressed casually in a black sweater and blue jeans with sneakers. She carried the baby on her hip while holding Vida’s hand.

Her husband Matthew McConaughey is busy promoting his new film Interstellar in the city.

On Monday, he took his son Levi to the NY Giant and Colts football game while making a promotional appearance on Monday Night Countdown.

The Dallas Buyers Club actor was spotted standing on the sidelines with the youngster before predicting that the Giants would win the game that night.

How To Love Your Pregnancy Body