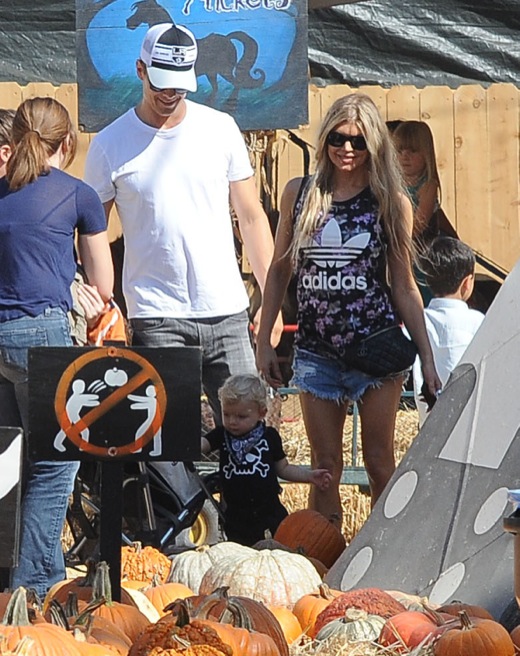 Fergie and her husband Josh Duhamel were photographed enjoying a day with their son at the popular Mr. Bones Pumpkin Patch in West Hollywood, CA on Saturday (Oct. 11).
The singer was dressed in floral adidas shirt and cut-off shorts while checking out pumpkins with her toddler. Duhamel also joined in on the fun before taking Axl for a pony.
While making an appearance on The Ellen DeGeneres Show on Tuesday (Oct. 7), Duhamel gushed about how well Fergie has adjusted to motherhood.

“Well in the beginning it was me, but she’s really improved her diaper changing skills in the last year. It’s very impressive. She’s as good at it as I am now. I had two younger sisters so I had a lot of practice growing up. She had never held a baby before,” Duhamel explained. “I don’t think she ever really held a baby, especially a brand new one before we had one.”

Jennifer Lopez Heads to the Pumpkin Patch With her Twins