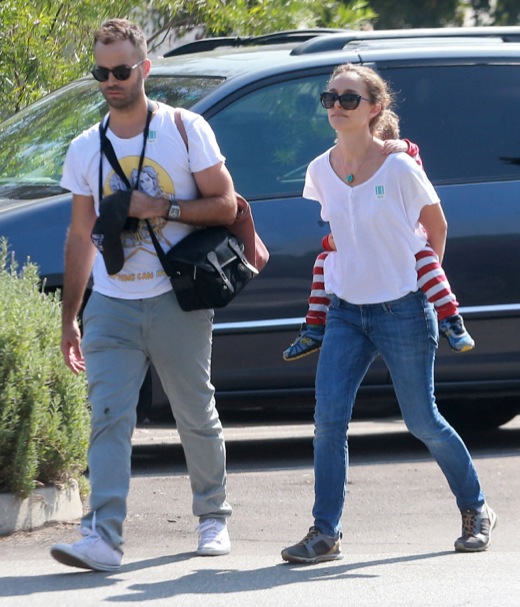 Natalie Portman and husband Benjamin Millepied enjoyed a day out with their son Aleph in Los Feliz , CA on Saturday (Oct. 11).

The Thor actress was dressed casually in a white shirt and jeans while she gave the youngster a piggyback ride. They headed to breakfast and later stopped at a local library.

According to InTouch, Portman and Millepied are trying for baby no 2.

A source told they the publication that the couple are “currently trying to have a second child, and have told their closest friends that Natalie has decided now is the best time to add to the family…and she usually has the final say.”