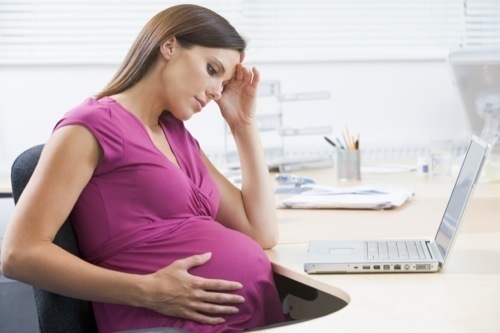 A new Canadian study found that stress during pregnancy can be passed on to babies and affect pregnancies for generations to come.

The researchers at the University of Lethbridge in Alberta used rats in their study which found that daughters of stressed mothers experienced high glucose levels, shorter pregnancies and a higher likelihood of giving birth prematurely.

In addition, the study revealed the long lasting potential of stress:

A surprising finding was that mild to moderate stress during pregnancy had a compounding effect across generations.

The study, published in the journal of BMC Medicine, showed that granddaughters also had the same experience, even if their mothers were not stressed during their pregnancy.

Gerlinde Metz, senior author of the article believes these changes are due to epigenetics – the arrangement and expression of genes. She explains that future research is planned to understand the mechanisms that generate these epigenetic signatures and how they are passed from generation to generation.

So what does this all mean?

In short, the results reveal access to information we previously didn’t have – which translates into the potential to predict and reduce risks. Metz explains:

The findings have implications outside of pregnancy, in that they suggest that the causes of many complex diseases could be rooted in the experiences of our ancestors. When we better understand the mechanisms of inherited epigenetic signatures, we can predict disease risk and potentially reduce the future risk of illness.

In the meantime, you should do everything in your power to avoid stress. That means asking for help, staying healthy (read food and exercise!), staying cool in the heat, focusing on the bigger picture, taking care of yourself and carving out a larger space for positivity during pregnancy.