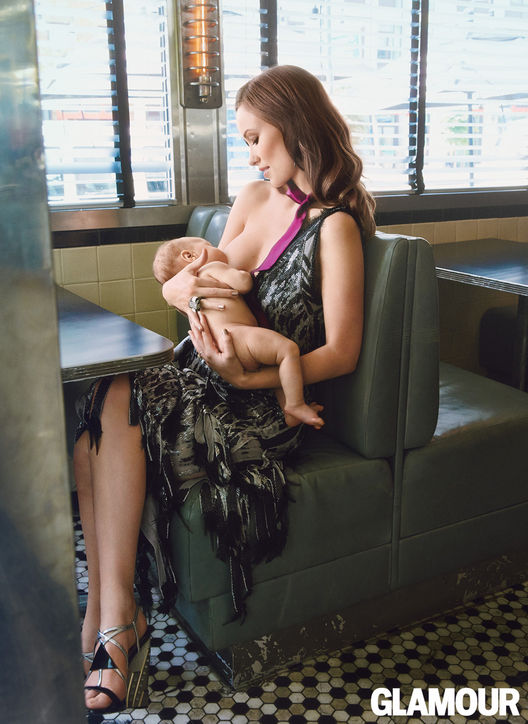 Olivia Wilde debuts her son Otis in the September issue of Glamour Magazine.

In one photo for the cover story, the Her actress breastfeeds the 3-month-old baby boy as she sits in a diner booth while wearing a Roberto Cavalli dress and Prada heels.

“Being shot with Otis is so perfect because any portrait of me right now isn’t complete without my identity as a mother being a part of that. Breast-feeding is the most natural thing. I don’t know, now it feels like Otis should always be on my breast,” she told of the shoot. “It felt like we were capturing that multifaceted woman we’ve been discussing—that we know we can be. You can be someone who is at once maternal and professional and sexy and self-possessed. [But] I mean, I certainly don’t really look like that when I’m [typically] breast-feeding. And there’s usually a diaper involved.” 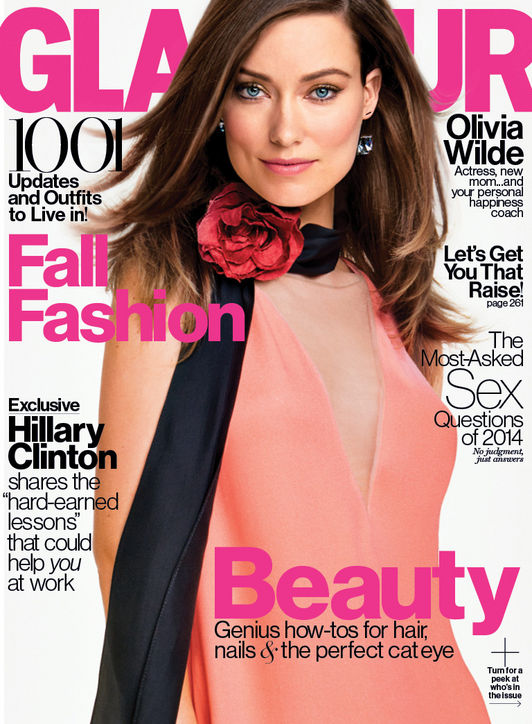 When asked by the magazine if she was worried about being a working mom, Wilde responded:

“No, because of the example of my mom. My mom is such a badass working mother. That inspired me when I was pregnant. I wasn’t going to sacrifice myself because I was becoming a mother.”

Wilde and fiance Jason Sudeikis announced their engagement of September 2013, but have no plans to marry in the near future.

“We’re engaged, but no specific plans yet—we just have to find the time to put it together,” she told, before adding, “In many ways, a child is more of a commitment. We are fully committed and really happy as a family. And there’s no definition of the ‘normal family’ anymore. Kids today are growing up with so many different definitions of family. I guess what I’m saying is that I don’t feel any pressure to do it. But I think it will be really fun.”

The star is set to start work on her new HBO series with Martin Scorsese in the coming months.

Have Fun With Your Pregnancy! 5 Ideas for a Gender Reveal Party