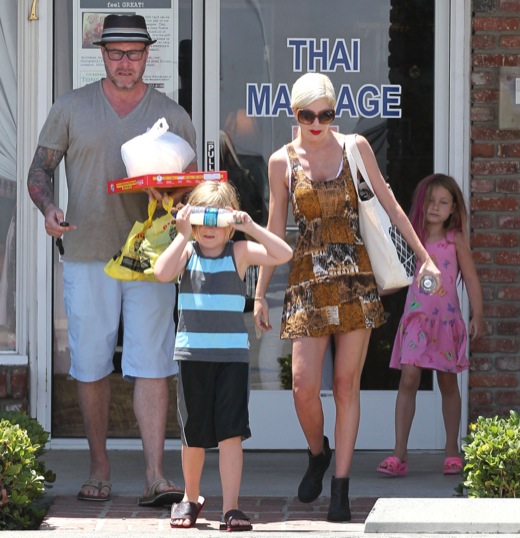 Tori Spelling, her husband Dean McDermott and their children Liam and Stella were spotted picking up fast food in Encino, CA on Sunday (July 13).

Spelling who wore a printed mini dress and black boots arrived separately in her own car. McDermott and the kids waited for her before heading to grab a pizza and other snacks.

Their children Hattie and Finn were not present.

Spelling and McDermott have decided, for the sake of their children, to salvage their eight-year marriage following his very public cheating scandal.

“Tori feels she owes it to them to try to work it out with their dad, even though it’s hard,” a longtime friend of Spelling told People. “They’re working on their marriage and they’re operating as a family, but of course there’s tension. It’s a work in progress.”

Stacy Keibler: Pregnancy Is a Time To Be As Healthy As You Can Be