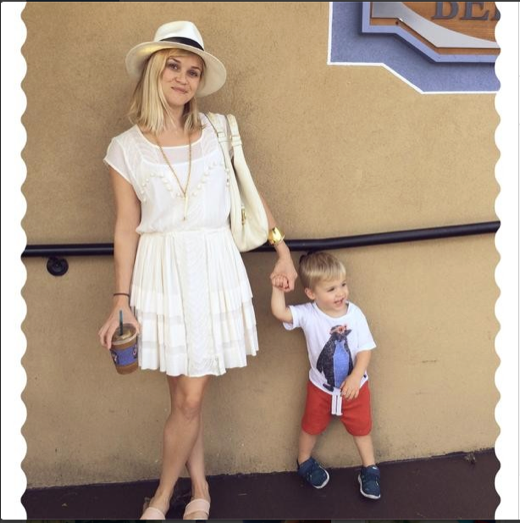 Tennessee is getting so big!

Reese Witherspoon shared a picture of herself posing with her 21-month-old son on Sunday (July 7).

“Last day of beignets with my boy ❤️ #NOLAstyle,” the Wild actress captioned the shot.

Speaking to Elle last year, Witherspoon revealed that having children made her a better woman.

“Somebody was saying to me the other day, ‘Oh, people get less interesting when they have kids.’ I just don’t think that’s true.  I feel like I was so confused before I had kids, I almost got in my own way,” she told, adding, “Having kids made me clearer about who I was as a woman. I just wanted to exhibit good qualities for my daughter. I was a little competitive before I had kids — probably really competitive, to be honest.  It really made me let go of that.”

Witherspoon shares Deacon and daughter, Ava, with ex-husband Ryan Phillippe. She is parent to Tennessee with husband Jim Toth.

Tips To Having an All Natural Birth