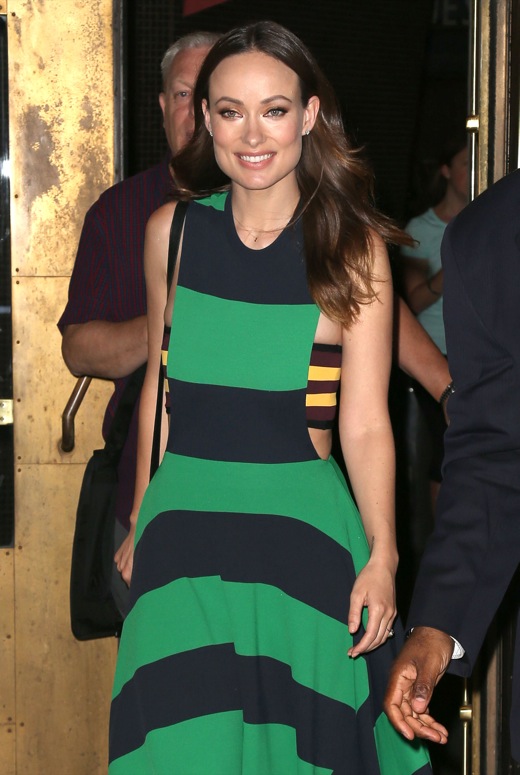 “He was named after Otis Redding,” the new mom revealed to People at the New York City premiere of her new film, Third Person, on Tuesday (June 17th). “I’ve just always been a huge fan. I was a 10-year-old kid with posters of Otis Redding on my wall.”

Wilde says motherhood has already changed how she views life.

“The amazing thing about becoming a mother is it snaps everything into focus and really makes you understand what’s important,” she told.

The star admits being a working mom is not going to be easy.

“It’s tricky! It’s tricky for every mother, and I salute working mothers everywhere. We are warriors,” she told, while laughing, “Suddenly these press lines are less stressful!”

Wilde and Sudeikis first announced they were expecting back in October. The couple began dating in December 2011 and announced their engagement January 2013.