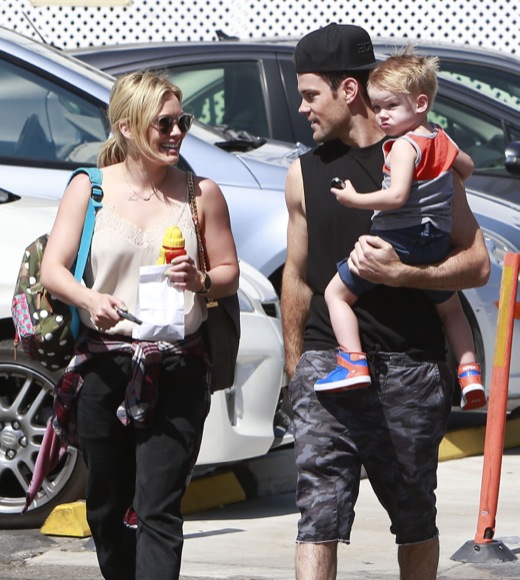 Hilary Duff and her estranged husband Mike Comrie were seen taking their son Luca out for breakfast at La Conversation in West Hollywood, CA on Saturday (June 21).

The singer wore a cream blouse and black pants while smiling happily while speaking to her ‘estranged’ husband. Comrie who has slimmed down in recent months carried their 2-year-old son.

Separating in January, Duff and the former NHL player are all but ‘officially’ back together. The two have looked more and more like a couple than two amicable exes in the last weeks.

On June 16, the family fed ducks together and took family pictures while bonding with their son at a park. At one point, Comrie affectionately attempted to carry both Hilary and Luca at the same time. As they walked off, he was seen wrapping his arm around Duff.