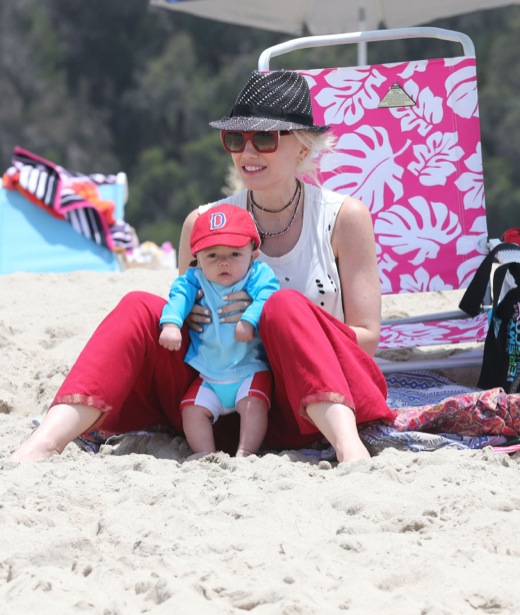 Gwen Stefani and husband Gavin Rossdale spent the day on the beach with their sons Kingston, Zuma and Apollo in Malibu, CA on Saturday (June 21).

The No Doubt singer was dressed in a white tank and red swing pants while keeping her baby boy close. She covered him from the sun while sticking his tiny feet into the sand. Rossdale splashed in the waves with their two other children.

Stefani can next be seen on the seventh season of NBC’s The Voice.

The first promo picture for the upcoming season was posted to the shows Instagram account on Friday (June 20).

“First look: Season 7 #HOLLA,” the show captioned the shot in which Stefani is seated in the middle of Pharrell Williams and Adam Levine. Country singer Blake Shelton points at Stefani from behind.

Stefani officially confirmed she would be joining the singing competition in April.