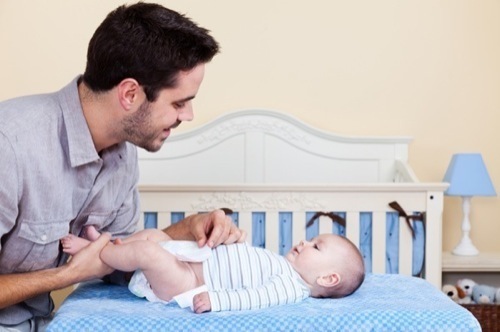 US lawmakers are responding to pressure to give parents equal rights to changing tables.

California’s legislature now has 2 “potty parity” bills under review in the state assembly. The bills, (already passed by the senate) would ensure that both men and women have equal access to public restroom changing tables.

That is basically straight up saying only women change diapers — men don’t change diapers.That’s just not acceptable in 2014 and beyond. It’s just not. Dads like me who are really involved with their children and want to actively be with them and help their kids are very frustrated by this.

According to a government study, Richards isn’t alone. 90% of dads who live with their babies, bathe, diaper or dress them everyday or several times a week. 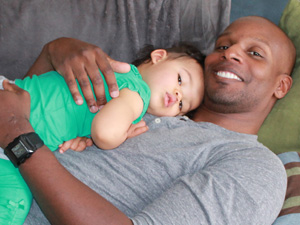 At this time, there are no state or federal laws that protect a man’s right to diaper duty. However, many businesses do voluntarily provide changing facilities for men.

Additionally, there are places where potty parity is already in practice.

There is a similar law in Pittsburgh. And in San Francisco changing stations for dads has become part of the civil code.

Daddy blogger, Greg Allen began compiling a list of men’s rooms with changing tables in New York City when his first child was born 10 years ago. According to Allen:

Changing tables generally, and in men’s rooms specifically, are now seen as normal; they’re not just for toy stores anymore. Dads will be just as likely as anyone to expect a changing table in the restroom.

He points out that it has gotten easier for dads over the years with changing tables no longer limited to speciality toy stores. He also points to the good standard at airports and Ikea.

Richards highlights that the issue is not about establishments that just cater to adults (i.e. those with no changing rooms at all) – it’s about access to mothers while ignoring fathers completely. While women have been understanding in the past, he shouldn’t have to go into the female bathroom to change his baby. He adds:

If it’s cold outside or it’s rainy outside or whatever is happening, it’s really tough. Do we want to change our children on a grimy public bathroom floor? That’s an option that I see dads do.

Richards hopes that the movement gains momentum and that social media picks up on the cause. He says:

My youngest daughter is 11 months old so I have maybe a year or so left of diapers and then my time is done. But I want to fight for the new dads, the dads who are coming up.

If you’re a dad and want more information, you can reach out to Doyin Richards on twitter . If you want some guidances on  whether you will have access to a changing table before you head out, check out ChangingTableLocator.com for tips on dad friendly sites.