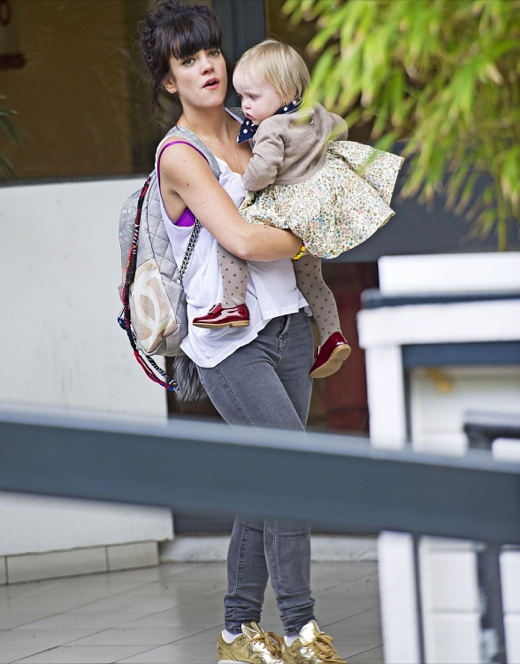 Lily Allen was photographed taking her daughter Marnie inside the ITV studios for an appearance on the Alan Carr: Chatty Man show in London, England on Wednesday (May 7).

Promoting her new album Sheezus, Allen was dressed in a white tank, grey jeans and a pair of gold running shoes. She carried the toddler who looked adorable in a dotted floral dress.

Allen was admitted to the hospital on Thursday after coming ill with food poisoning.

“#SHEEzUS in #SHOSPITAL . I’m fine though guys, just need some fluids cause i can’t keep anything down.…,” she captioned a selfie in her hospital bed.

The singer had a rather hectic week of attending parties and other events to promote her album. On Tuesday, she attended the MET Gala is New York City.

Laugh Off Your Parenting Imperfections

10 Must Haves For An Easy Summer Road Trip