Hilary Duff: All Smiles With Her Toddler 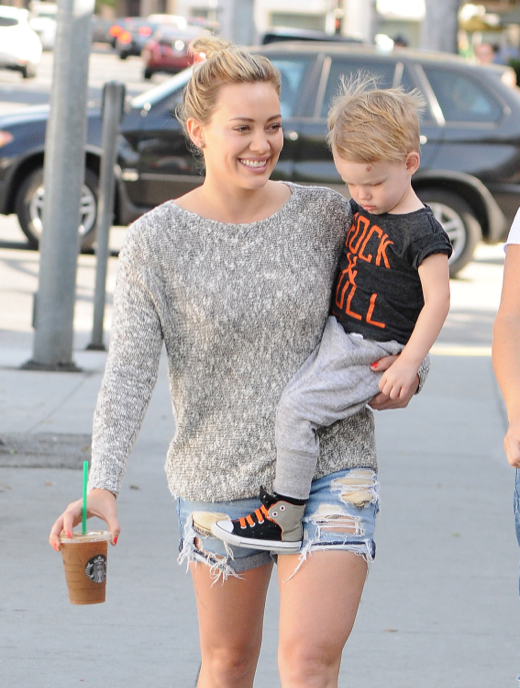 Hilary Duff was seen stopping by Starbucks with her son Luca in Beverly Hills, California on Tuesday (May 6).

The Flock of Dudes actress was all smiles while wearing a knit sweater and ripped jeans shorts. She carried Luca who appeared to have a small scratch on his forehead.

Later in the day, Duff took to her Instagram to share a video of Luca giggling while he watched his favorite Disney movie.

“Baby giggle are the best…. This guys realllly into A Bugs Life,” she captioned the video.

Duff is set to release new music in the near future. She has described her new album as having an ‘earthy, indie-pop vibe’.