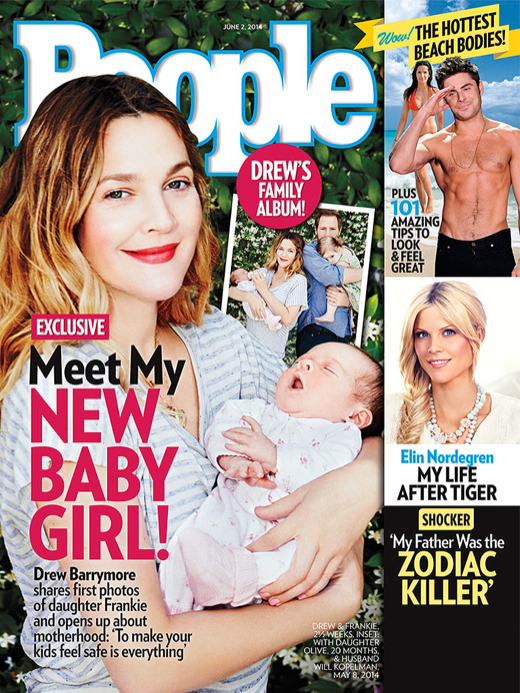 Drew Barrymore debuts her newborn daughter while affectionately holding her for a beautiful shot on the cover of this weeks issue of People Magazine.

In cover story interview, Barrymore says her recovery with was quicker this time around than following her first pregnancy withe 20-month-old daughter Olive.

“I knew that I have two kids to take care of now and just kicked my own butt to get backinto the swing of things immediately,” she tells.

“Just being split. They’re awake and asleep at different times, or awake at the same time, and it’s a juggling act a little bit,” she adds.

Barrymore says Olive is adjusting to being a big sister.

“Olive loves Frankie and just wants to hang out with her all the time,” she adds. “She wants to feed her. She’s super into it. That’s now. I’m sure things will ebb and flow.”

To read the full interview pick up the magazine on newsstands Friday.