Angelina Jolie: Our Children Envision a Disney or Paintball Wedding 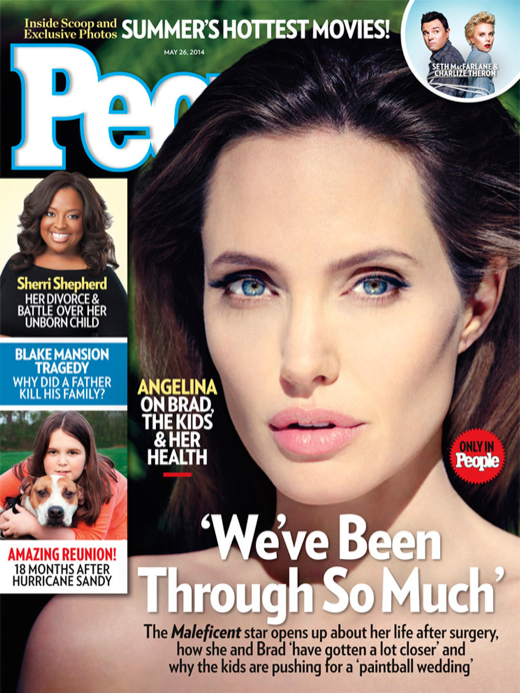 Appearing on the cover the latest issue of People magazine, Angelina Jolie opens up about her upcoming wedding to fiancé Brad Pitt and what her children think of the big day.

“We are discussing it with the children and how they imagine it might be,” Jolie tells.”Which is verging on hysterical, how kids envision a wedding.”

The Maleficent actress admits their six children, Maddox, 12, Pax, 10, Zahara, 9, Shiloh, 7, and twins Knox and Vivienne, 5 will most likely want to shape the theme of the wedding.

“They will, in a way, be the wedding planners,” she laughs. “It’s going to be Disney or paintball – one or the other!”

Jolie also reveals how her relationship with Pitt has changed since having children.

“You’re not lovers or boyfriend and girlfriend as much as you are a family,” she says.

To read the full interview pick up the magazine on newsstands this week.